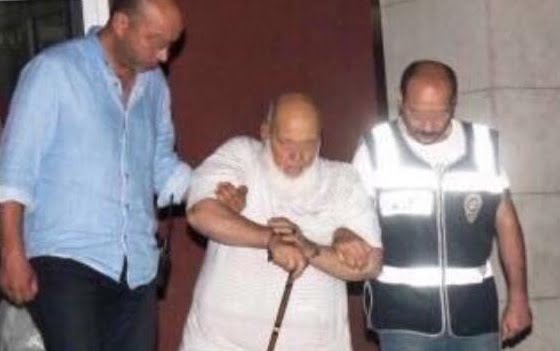 The man, named Mustafa Türk, was initialy detained by Turkish police on Sept. 1, 2016, over suspected links to the Gülen group, which the Turkish government accuses of masterminding a July 15 coup attempt.

He was handcuffed and taken by police from his house in Turgutlu, Manisa province, handcuffed and driven to a police station for interrogation.  His relatives described it as “degrading and barbaric” treatment. Several days later, he was officially arrested and sent to a prison in Manisa.

Last weekend, the Manisa High Criminal Court reportedly decided for the continuation of his pretrial detention.