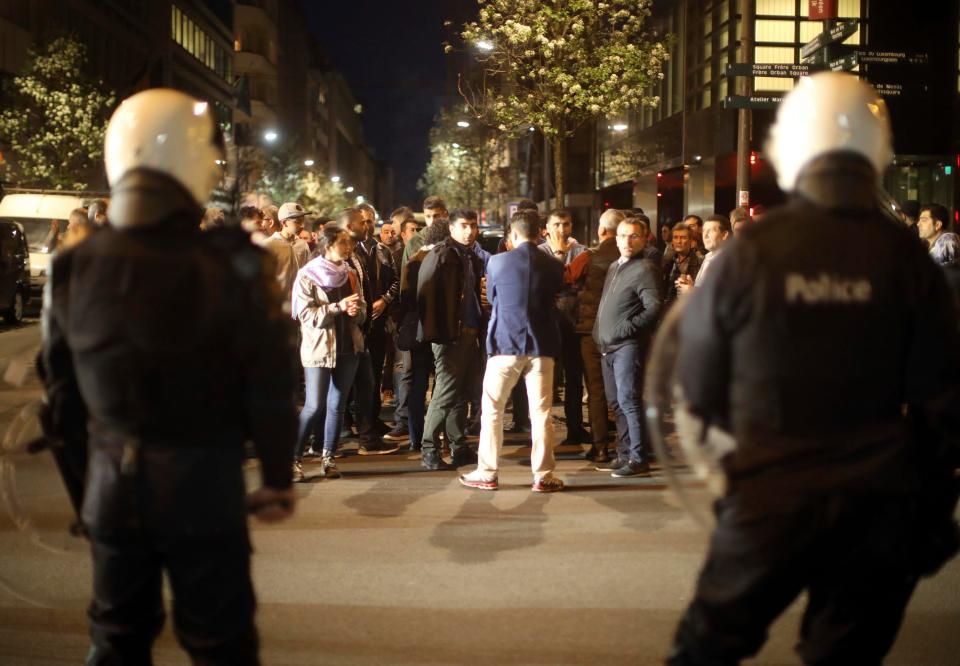 Brussels stabbing leaves ‘at least three people injured’ outside Turkish embassy as nationals vote in referendum over handing Erdogan more powers. The Belgian prime minister said he would not tolerate violence as Turkish nationals voted in a referendum on the future of their country (March 30, 2017)

Turkey is pressuring “religious advisors” to keep an eye on President Recep Tayyip Erdogan’s opponents in 38 countries, including Belgium.

Le Soir reported on this story on Saturday. The paper got hold of an 8-page report, signed by the Turkish embassy in Brussels and its Religious affairs councillor.

The report calls preacher Fethullah Gülen’s movement a “terrorist organisation”, as Turkish authorities hold it responsible for last year’s putsch. It also mentions the Fedactio group and the sixty or so associations it includes. The report names the associations in detail, analyses their strengths, how they could be shut them down and mentions individuals. The report also talks about deregistering students from Gülen schools in Flanders en masse.

The councillor is also concerned about the existence of a “Gülen chair for intercultural studies”, part of the Social Science faculty at Leuven University (KUL).

In Belgium, how the religious councillor at the Turkish embassy behaved could be seen as interference, Le Soir pointed out.