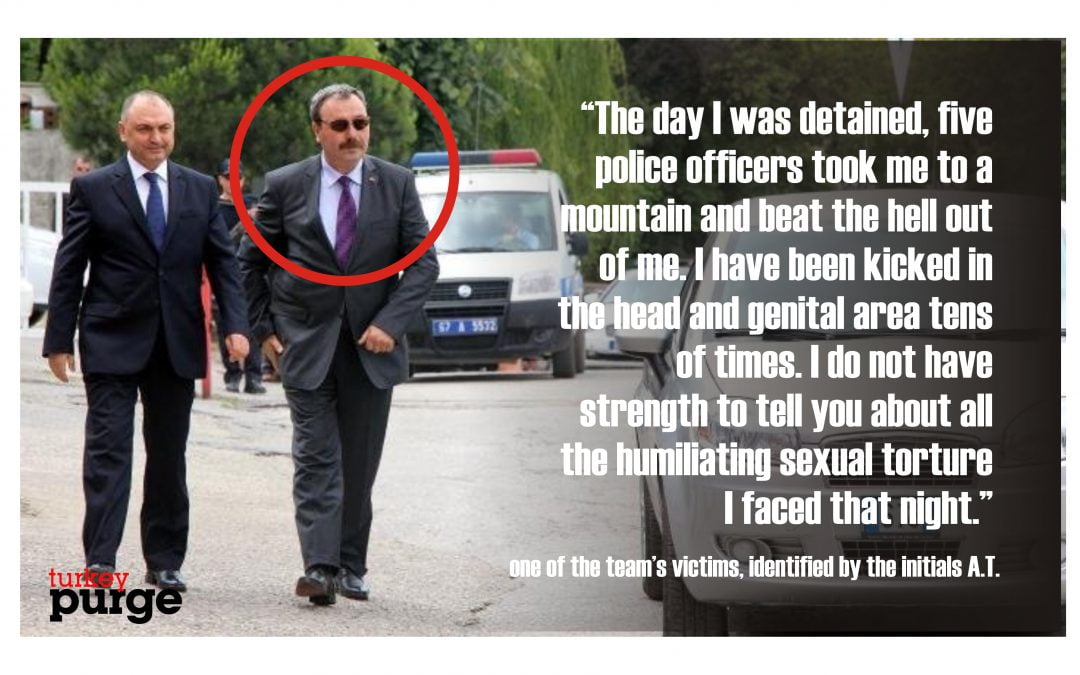 Zonguldak Police Chief Osman Ak, who was appointed to his post with a decree issued by the Turkish government after a coup attempt on July 15, has ordered that teams composed of police officers be set up to torture people detained over links to the Gülen movement, the Aktifhaber.com reported on Monday.

According to the report, victims detained by the torture teams are taken to either a police station or a mountain area for interrogation.

One of the team’s victims, identified by the initials A.T., told the news website that he was in detention for 28 days and that he had been beaten every single day until he fainted.

“The day I was detained, five police officers took me to a mountain and beat the hell out of me. I have been kicked in the head and genital area tens of times. I managed to identify two of the torturers. One of them was called Nejdet and the other one was Battal. Yet, maybe they use nicknames…. I do not have strength to tell you about all the humiliating sexual torture I faced that night,” he said.

Police chief Ak initially came to public attention when he was dismissed from profession in the late 1990s after he was accused of engaging in spying and illegal wiretapping of at least 963 high-ranking state officials, including the country’s prime minister and president.

In the aftermath of the 1997 military memorandum, the decisions issued by the Turkish military leadership to force Islamist Prime Minister Necmettin Erbakan to end of his coalition government, Ak was assigned to prepared a “secretive” comprehensive report about the Gulen movement’s activities in the country.

In 2001, Ak took the stand as a witness against Fethullah Gulen during a hearing in 2011 and accused him for the first time as being a “hashashi,” a term derived from the Arabic word for “assassin” and refers to 11th-century assassins that posed a strong threat to the Sunni Seljuk Empire.

The very same term was adopted and frequently used by President Recep Tayyip Erdoğan after a massive corruption scandal that implicated then-ministers of the Cabinet erupted on Dec. 17, 2013.

Since then, Erdoğan and the AK Party government claimed that the graft investigation was a “coup attempt” against his government and accused the Gülen movement of being behind it.

The sons of ministers, well-known business people, a district mayor, a director of a state-owned bank, and many high-profile figures, who were arrested as part of the investigation, were released and the prosecutors who initiated the case were later imprisoned as a result of political interference. However, four Cabinet ministers were forced to resign.