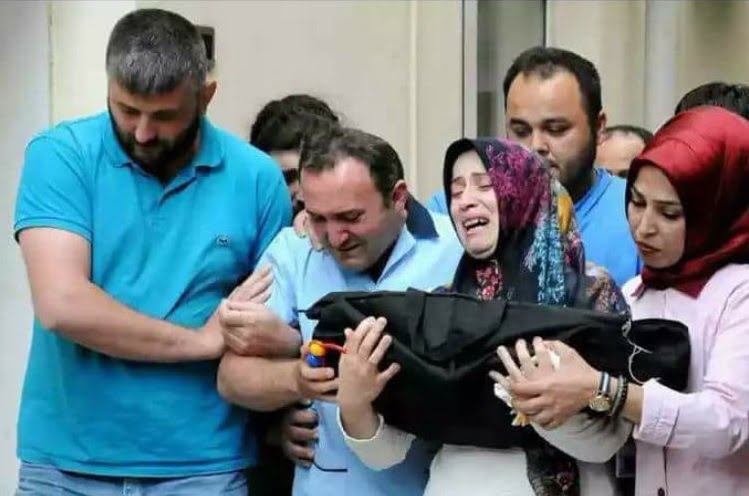 Büşra Atalay, a Turkish woman who has previously been dismissed from her job over alleged Gülen links, lost her unborn child when she was detained and interrogated at an İstanbul hospital on Thursday.

Atalay was detained by police at İstanbul Pendik Yüzyıl Hospital on Thursday over her alleged links to Turkey’s Gülen group, which the Turkish government accuses of masterminding a coup attempt last year. Despite her doctor’s objection, she was detained and interrogated by police for several hours during which she endured some bleeding and eventually lost her baby at her 24th week.

According to several Turkish media outlets and twitter users, Atalay was pregnant with twins and she therefore gave preterm birth to the second baby.

However, the Turkish government dismissed over 138,000 people from state jobs, detained more than 110,000 and imprisonment of nearly 55,000 over alleged links to the group.

This is not the first-time Turkish police have waited outside a hospital room to detain a woman who just had a baby, as part of a government witch-hunt against Gülenists.

On June 2, Elif Aslaner, a religious education teacher who gave birth to a baby May 31 at a private hospital in Bursa, was detained due to alleged links to the Gülen group.

In May, Aysun Aydemir, an English teacher who gave birth to a baby in an elective cesarean procedure, was detained at the hospital and subsequently arrested by a court and put in pretrial detention with a 3-day-old baby in Zonguldak province as part of the witch-hunt targeting the Gülen group.

In late January, Fadime Günay, who gave birth to a baby, was detained by police at Antalya’s Alanya Başkent Hospital for alleged links to the Gülen movement.