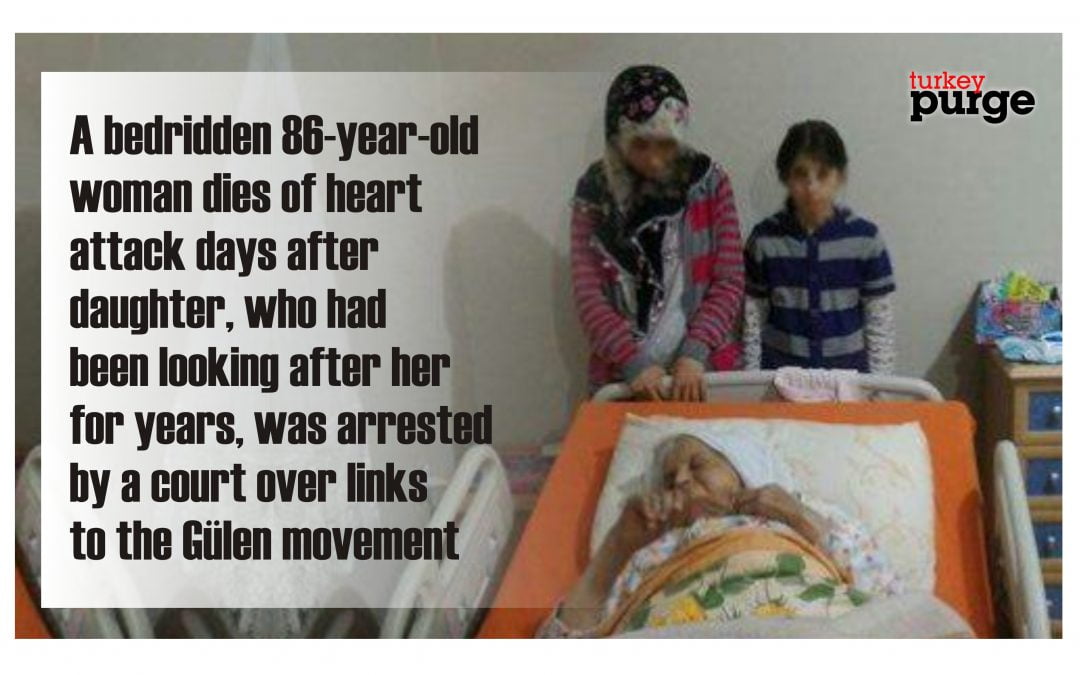 A bedridden 86-year-old woman dies of heart attack days after daughter, who had been looking after her for years, was arrested by a court over links to the Gülen movement, which government accuses of being behind a failed coup attempt on July 15, 2016.

According to Aktifhaber.com news portal, bedridden Fahriye Asrak was left with two grandchildren and his bedridden 83-year-old husband after an Edirne court ruled on Feb. 2 for the arrest of her daughter Necla Akdağ over alleged links to the movement.

Akdağ was a teacher working at a public school in Edirne until she was dismissed from profession with a decree issued by Turkish gov’t in August, 2016. Earlier this week, she was arrested by a Penal Judge of Peace and sent to an Edirne prison.

The court ruling issued despite an earlier doctor report which said daughter Akdağ was looking after her bedridden mother and father and two of her children.

According to the report, Akdağ was told that she would be freed from prison only if her husband turned himself in.