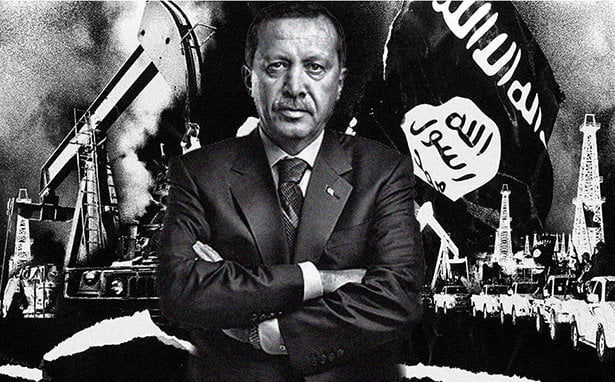 Islamic State claimed responsibility Monday for a New Year’s terrorist attack at an Istanbul nightclub that killed 39 people, and the Turks deserve Western support as they fight on the front lines against jihadists. The tragedy is that President Recep Tayyip Erdogan seems intent on alienating so many of his friends and antiterror allies, including anyone who supports democratic values.

ISIS is suspected of having carried out previous attacks in Turkey, such as June’s suicide bombings at Istanbul’s Ataturk Airport that killed 45. Though this is the first direct claim of responsibility, ISIS is known for attacking soft targets popular with foreigners. The victims included citizens of Belgium, Canada, Kuwait, Lebanon, India, Israel, Morocco, Russia, Saudi Arabia and Tunisia. ISIS said it targeted the nightclub because Christians would be “celebrating their pagan holiday.”

The killer was still at large as we went to press, but the ISIS claim will make it harder for Mr. Erdogan to resort to his usual default of blaming the Kurds for every attack in Turkey. The Kurdish insurgency broke out anew after Mr. Erdogan abandoned peace talks in 2015 and some Kurds have committed atrocities.

But the escalating tempo and intensity of Turkey’s Islamist insurgency reveals the folly of Mr. Erdogan’s history of underestimating the ISIS threat. For years Ankara looked the other way as hard-line jihadists poured into Syria, destabilizing both sides of the border. He still sometimes implies he might let Syrian migrants flood Europe again to gain diplomatic leverage, as if the threat doesn’t also hurt Turkey’s security.

He is also using the coup and terrorism as excuses to crack down on institutions like a free press and independent judiciary that could help counter the Islamist threat. After Islamic State recently burned alive two Turkish soldiers, Mr. Erdogan’s government instructed the Turkish media not to publish images from an Islamic State video of the murders. Does he think Turks won’t hear about it?

A Wall Street Journal reporter in Turkey, Dion Nissenbaum, was detained and held incommunicado last week for reasons that were never made clear. Mr. Nissenbaum was denied contact with his family, lawyers and colleagues for nearly three days before he was released and allowed to leave the country. Our Sohrab Ahmari has written about Andrew Brunson, a Christian pastor and U.S. citizen imprisoned by Turkish police on charges of belonging to a terrorist group after 23 years raising a family in the country. The Turks have provided scant evidence for the charge.

Mr. Erdogan is polarizing Turkish society when it badly needs a unified front to fight jihadists. He also needs allies against Islamic State, but he sees treachery everywhere these days except among his new friends in Moscow. Turkey would be a more secure country, and a better one, if Mr. Erdogan’s response to every problem wasn’t to put more power in his own hands.