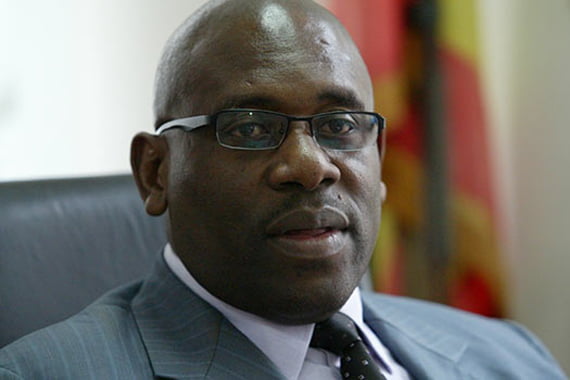 Ugandan Foreign Affairs Minister Asuman Kiyingi said Turkish schools have paved the way for Turkey to reach out to Africa. In an interview to Cihan News Agency in the capital city, Kampala, the Ugandan minister Kiyingi said investments in education have laid the foundations of future investments to come.

He noted that Turkish embassies and Turkish Airlines flights followed the educational institutions active for some time in Uganda, in particular, and Africa, in general, all of which he considers to be complementary phases of the outreach. “I would like to note that especially the Turkish schools underpin the outreach. Turkey’s economic alliance with this region has thrived alongside political one. As Uganda, we are in a close touch with Turkey. We have our tradesmen in Turkey and investors from there as well” the minister noted.

Kiyingi stated that Uganda shows a considerable promise in terms of investment. He instanced that the country has a remarkable potential for investment in tropical fruit and that a good many of fruits can be grown to be exported both as fresh fruits and juiced. The minister went on to say the country also has notable potentials for animal husbandry, construction, tourism and infrastructure. He stressed that any investment in Uganda should be made taking its surrounding market of 200 million people into consideration rather than targeting solely 37 million-Uganda. He argued the human potential surrounding Uganda constitutes a significant market.

Turkish Schools as the most significant investments

The minister Kiyingi shared that they regard the local Turkish schools as the most significant investments Turkey has made in Uganda and that they offer an admirable service in moral education besides their academic achievements.

The Ugandan minister underscored that it is particularly notable that Turkey made its first appearance in Uganda by means of education. He additionally said these initiatives have laid the foundations for other future investments.

“The government will neither close down Pak-Turk schools in the country nor will it hand them over to anyone,” announced the Minister of State for Federal Education and Professional Training Baligh Ur Rehman. According to the minister, Pak-Turk schools are registered with the relevant Pakistani authorities and therefore, they will continue to operate in the country.