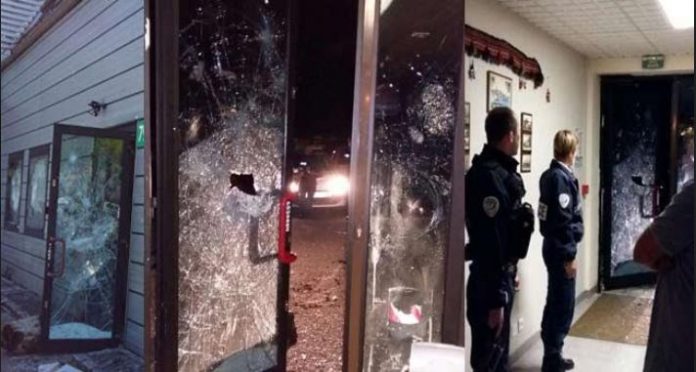 Following attacks and threats against Gülen movement sympathizers by Turks across Europe, a French court has handed down verdicts punishing two men for vandalizing an educational institution and sending death threats, the TR724 news portal reported on Friday.

After President Recep Tayyip Erdoğan mobilized citizens at home and abroad against the Gülen movement in the wake of a failed coup on July 15, labeling its sympathizers “terrorists’ and ‘traitors,” hate speech and criminal incidents targeting the movement took place in several European countries.

A man known only by the initials M.Y., who several times attacked educational and cultural centers managed by Gülen movement sympathizers, claimed that he was threatened by somebody who came to a mosque run by the Turkish-Islamic Union for Religious Affairs (DITIB), the overseas arm of Turkey’s Religious Affairs Directorate. However, the judge sentenced M.Y. to four months’ imprisonment, four months’ probation and 23,000 euros for the damage he caused.

Another man referred to the initials O.K. sent death threats to Gülen movement sympathizer M.K. on July 16 and 17, saying that people who kill people like M.K. would be rewarded both by the state and by God. He also told the Gülen sympathizer not to feel safe just because he lives in Europe.

Although O.K. insisted that somebody else had used his phone to send the texts, he was given a four months suspended sentence.

In September, President Erdoğan said, “No country, no region anywhere in the world, is a safe haven for FETÖ [an acronym the government has been using to refer to the Gülen movement] and militants,” during a press conference in İstanbul, in addition to his regular targeting of Gülen sympathizers.