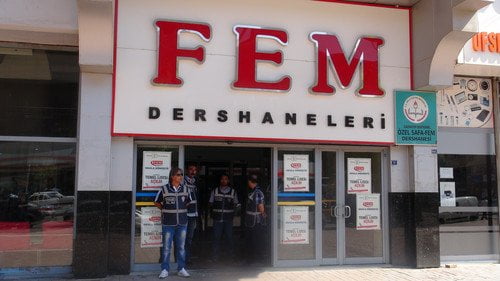 The raids took place in the branches of the Yamanlar Education Institutes in several district of the city. The schools are known for their success both in the national highschool and university entrance examinations and international Olympics. Moreover, a kindergarten was also raided in Buca district, reminiscent of the raid at a kindergarten in Zonguldak provice on August 7 in the morning.

Also on Monday, in one of the operations targeting the faith-based Gülen movement, the police along with inspectors from several ministries and institutions conducted raids at eight institutions owned by the Safa Education Institution in Gaziantep on Monday