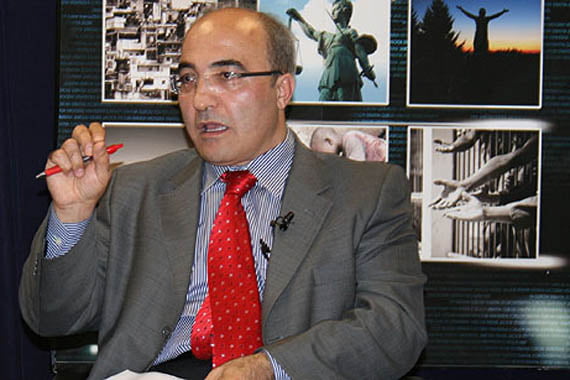 A Turkish-American professor has slammed German Der Spiegel’s what he called “inflammatory and biased” reporting in its article about the movement associated with Turkish Islamic scholar Fethullah Gülen.
“Reading today’s article on the Gülen movement was a real shock for me,” Yavuz, who is a professor at the University of Utah, told Today’s Zaman, referring to an article published in Der Spiegel on Wednesday.

Yavuz said the article violates the most basic ethics of journalism as they included a quote from him which he claimed he never said. “I never talked with these two journalists [who wrote the article],” Yavuz said.

Der Spiegel cited Yavuz in the article who allegedly said the Gülen movement will stop at nothing in its struggle to become the hegemonic power and that it terrorizes people.

Yavuz said he submitted a letter to the German magazine, demanding a correction.

The professor said the authors “cite me as if they have interviewed me for this controversial and quite inflammatory article.” He said he had never had an interview with one of the authors and only talked to the other correspondent several years ago, who published a long and biased article about the Gülen movement and had never cited him anyway.

Yavuz said he has never uttered the “inflammatory quotes attributed to me” to either of the authors and that it is shocking and shameful for them to have invented such a quote.

“This is a scandal and outrageous violation of the most basic standards of Western journalism. This is libelous and defamatory not only toward Mr. Gülen but also myself since I have been publically and falsely associated with these inflammatory comments which are not my own and do not reflect my well known views on the matter,” he added.

He demanded a public apology and immediate retraction or otherwise he will sue the media outlet.

There is a story that Hrant Dink used to tell on many different occasions that I would like to share with you. Let us listen to the story from Hrant: “An old Turkish man called me from a village in the region of Sivas and said: ‘Son, we searched everywhere until we found you. There […]