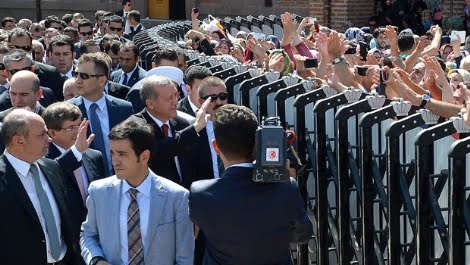 Escorted by an army of guards Erdogan is greeting the public from behind dividers.

On July 15, a faction of the Turkish armed forces attempted a coup d’état against the government of President Recep Tayyip Erdogan, leaving 290 dead and over 1,400 injured.

Though the attempt ultimately failed, its aftermath and the president’s swift response have the potential fundamentally to shape Turkey’s future as a democratic nation.

Though the Erdogan government has accused the Hizmet movement, led by U.S.-based cleric Fethullah Gulen, of orchestrating the uprising, Gulen has denied any involvement and condemned the attempt. Despite this, supporters and suspected members of the Islamic religious and social movement—which has been designated a terrorist organization by the Turkish government—have faced increasing persecution.

The government of Turkey intends to introduce a resolution at the Council of Foreign Ministers meeting of Organization of Islamic Cooperation calling on all 57 member states to designate the Gulen Movement as a terrorist organization.

The Erdogan regime even has threatened its relationship with the United States unless the U.S. extradites Gulen back to Turkey.

The sheer speed and scale of President Erdogan’s crackdown in response to the attempted putsch is astounding. More than 60,000 soldiers, police, judges, civil servants, and teachers have been detained, dismissed, or suspended. This includes 6,000 military members, nearly 9,000 police officers, as many as 3,000 judges, and one-third of all serving generals and admirals.

The post-coup purge particularly has targeted education officials and staff due to the Gulen movement’s emphasis on schools and learning. More than 15,200 education ministry staff have been fired and 21,000 teacher licenses withdrawn.

The reprisals likely extend far beyond those involved in planning the coup and are a troubling indication of the extent to which the president will go in retaliation.

The Turkish government has taken the purges a step further in its treatment of detainees. According to Amnesty International, prisoners have been subjected to abuse including beatings, torture, and rape in detention centers in Ankara and Istanbul. The human rights watchdog reported that detainees were also denied food, water, medical treatment, and contact with family and lawyers, who were not properly informed of charges against their clients.

Interviewers described scenes in a detention facility where hundreds of prisoners displayed visible broken bones and bruises, with some so badly injured they were unable to walk. 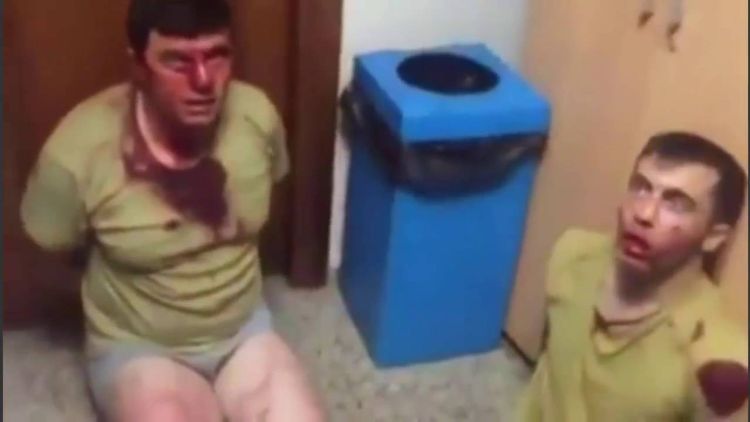 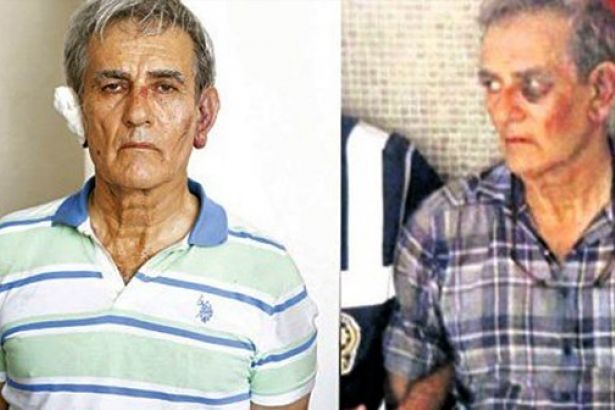 Such mistreatment clearly constitutes a grave violation of human rights and should raise acute concerns about the direction Erdogan regime is taking. Eroding fundamental freedoms sets a dangerous precedent for what increasingly appears to be a marked shift away from democratic rule towards authoritarianism.

Much of the extensive, far-reaching crackdown has President Erdogan’s declaration of a three-month state of emergency on July 20. Emergency rule permits the president and Cabinet to rule by decree, bypass parliament in enacting new legislation, and suspend rights as they deem necessary.

A day after the declaration, the Turkish government “temporarily” suspended its compliance with the European Convention on Human Rights, an international treaty established to protect civil liberties and rule of law. Four days later, Erdogan called on parliament to consider reintroducing capital punishment—which Turkey outlawed in 2004—in response to public pressure to execute those behind the putsch attempt.

The all-encompassing, repressive nature of these actions is deeply worrying. All signs point to Erdogan seizing on the opportunity provided by the attempted insurrection, using it as justification to fully consolidate his power over Turkey.