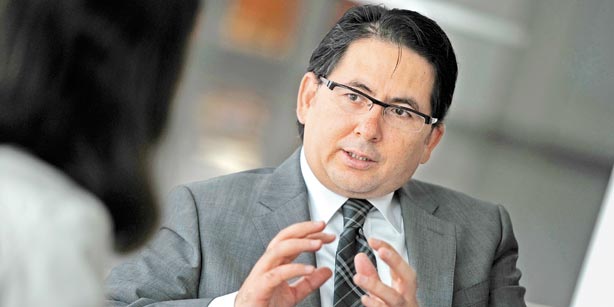 Ongoing major cyber attacks on a number of popular news websites, including the Zaman, Today’s Zaman and Taraf newspapers as well as the Cihan news agency, are not only preventing the portals from reporting the news to their readers but also constitute a big threat to freedom of the press and expression.

The attacks began as early as last week but gained momentum on March 30 when Turkey headed to the ballot box for the municipal elections.

Readers have been at times unable to access the websites of Zaman, Today’s Zaman and Taraf starting from March 30. The same problem was also observed on the websites of the Radikal and Sözcü dailies as well as the Rotahaber news portal.

The Cihan news agency announced on the evening of March 30 that it was being attacked by “hundreds of thousands of computers” in a distributed denial of service (DDoS) attack, in which hackers bombarded the agency’s website with requests causing it to slow down or crash. The agency was working to report the initial results of the elections to its subscribers when it was attacked.

Also on March 30, the Taraf daily’s website was attacked by unidentified cyber groups. Taraf challenged the attack with a statement on its web page. “To those creeps who are afraid of journalism, freedoms and Taraf,” the statement said, noting that Taraf’s website had been under an organized attack for the past week. “Those who are afraid of democratic elections, journalism and free media have staged a new attack and have hacked our website. They think that they are successful but they are the losers. It has been revealed how afraid they are of Taraf and free journalism. They have shown us how powerful we are. It is no use even if you send super soldiers or assassins. You cannot silence Taraf. We will continue with our website edition in the shortest time possible,” the statement read.

On Tuesday, Internet connection was down at Today’s Zaman and its Turkish-language sister newspaper Zaman for hours, severely complicating reporting.

The websites of around 300 subscribers of the Cihan news agency were also downed.

İMC TV News Editor Kemal Can said the attackers are targeting people’s right to access information. “The attacks not only prevented Cihan from providing information to its subscribers, they also aimed to prevent many other providers from doing their jobs,” he stated.

Serdar Sağlam, an editor at the Cem TV news desk, said the simultaneous attacks on a large number of websites as well as on Cihan have cast doubts on the credibility of the election results. “We were unable to report on the results of the local elections due to the attacks,” he said, adding this caused a major problem for their audience. “We followed the results from the Twitter account of Cihan. We shared the results with our audience,” he added.

Editor-in-Chief of Samanyolu Haber TV news channel Metin Yıkar reacted harshly against the cyber attacks, which he said are an effort by some circles that do not want Turks to learn about the realities within the country. “Why are we facing such attacks, [the likes of which] we have not witnessed up until recently? Why are they taking down some websites? We denounce the attacks,” he said, congratulating Cihan for its efforts to report the election results despite the attacks.

The cyber attacks on Cihan and other news websites follow a government-sponsored restriction on rights and freedoms in Turkey.

Turkish courts, following an order by Prime Minister Recep Tayyip Erdoğan, blocked access to Twitter on March 21. The ban came only hours after the prime minister threatened to “root out” the social media network where wiretapped recordings have been leaked, revealing some Justice and Development Party (AK Party) government officials’ hand in corruption and bribery. The ban has remained in place despite huge reactions both from Turkey and the world and a decision by an Ankara court to issue an injunction on the ban, in which the court said the ban runs “contrary to the principles of the rule of law.”

AK Party Deputy Chairman Hüseyin Çelik told reporters on Monday the ban on Twitter may be lifted if the social media platform agrees to cooperate with the Turkish government on the removal of undesired content. “If Twitter agrees to open a representative’s office in Turkey or send a lawyer or representative to Turkey so that the Telecommunications Directorate [TİB] and the Information and Communication Technologies Authority [BTK] can apply to them [Twitter] at the required times, the ban may be lifted,” he said, adding the ban would remain in place if Twitter disagrees.

The Twitter ban was followed by a ban on popular video sharing website YouTube. The AK Party government, shocked by the online posting of a top secret meeting at the Foreign Ministry, immediately banned access to YouTube on March 27. In the leaked meeting, some state officials were discussing on a possible incursion into Syria by Turkey.

Starting mid-February, the Radio and Television Supreme Council (RTÜK) has been severely penalizing a number of news TV channels known for their anti-government broadcasts.

Those channels, which include Samanyolu Haber TV and Bugün TV, were mostly penalized on the grounds that their programs were biased. The channels have been broadcasting reports about claims of corruption and bribery that have implicated some government members.

In a separate development, Rasim Ozan Kütahyalı, a journalist known for his close ties to the AK Party government, claimed that media holdings which “betrayed the government” would soon be called to account.

The journalist named among others Doğan Holding, which owns the Hürriyet daily, and Ciner Holding, which owns the Habertürk daily. He said the newspapers of those holdings did not show the necessary reaction to a leaked voice recording allegedly featuring the voices of Turkey’s foreign minister, intelligence chief and a top army general discussing the developments in neighboring war-torn Syria.

According to the journalist, those newspapers — as a result of their choice to cover the leaked recording — have showed they are siding with the parallel gang, in reference to the faith-based Hizmet movement.

“Nothing will be the same for Turgay Ciner. He should know this very well. And if Aydın Doğan believes he will be able to save himself, he will pay a high price. I am calling on Ciner and Doğan: The coming three days are very important for you. If you do not side with your state, then this state will finish you off,” Kütahyalı said during a televised program on March 28.

In the meantime, there has been increasing chatter in social media that the Erdoğan government is gearing up to launch a prosecution against members of Hizmet movement, which is inspired by Islamic scholar Fethullah Gülen. The prosecution is alleged to be based on fabricated evidence and aimed at intimidating Hizmet.

Erdoğan’s lawyers claimed in a petition they submitted to the Ankara Public Prosecutor’s Office that Keneş and Kamış humiliated Erdoğan in the their tweets.

Erdoğan had previously filed a complaint against Today’s Zaman journalist Mahir Zeynalov for posting tweets that include “heavy insults and swear words in a bid to provoke the nation to hatred and animosity.”

Zeynalov said his tweets were mostly about news reports appeared in the media and that they included no insult against Erdoğan or content that would provoke society.

“The accusations directed against me in the petition are all groundless,” Zeynalov said. Weeks later, Zeynalov was deported from Turkey, causing outrage in the community and abroad.