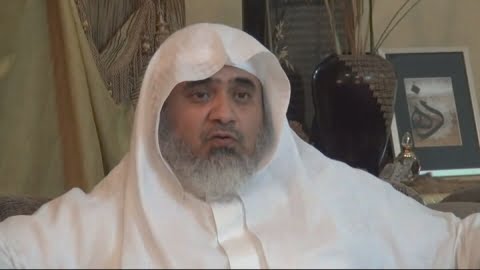 One of Saudi Arabia’s prominent scholars and academics, Professor Hatim b. Arif al-Awni said that Fethullah Gülen is far from terrorism, extremism and violence.

In an exclusive interview with Cihan News Agency at his home in Mecca, Professor al-Awni said he was very surprised that Fethullah Gülen is in most wanted list of terrorists.

“I was very surprised that Sheikh Fethullah Gülen was put on the terrorist list,” said al-Awni, and “Because Sheikh, all in one well-known scholars in the Islamic world, he is the man of science, civilization and peace. He and his ideas are far away from extremism using violence,” he added.

Stating that Gülen movement emphasized peace, civilization and education in its activities, the former member of Shura Council also pointed out that Gülen movement spreads projects, including building mosque, hospital, school and university. “Actually, worldwide offering such widespread human services, who invites to God, founded on humanitarian case, we have did not witness a terrorist group working to civilization’s improvement.” Said Al-Avni.

“We have not seen that the people, who lead such an institution or community, embraced the idea of terror or extremism,” he also said.

‘POLITICAL PROBLEMS ARE NOT SOLVED WITH SUCH BLAMES’

Stating that the accusation was a mistake against Gülen and he hopes Turkish government avoids this as soon as possible, al-Awni, “Such blames, with the removal of any person, the political problems or political disagreements cannot be resolved,” he said.

Pointing to need to decide on the issue of Turkish law and academics, if there’s anything hidden in the hands of the Turkish government, which no one knows, scholar Al Avni, “If they have evidence to prove the argument that says El Sheikh Fethullah Gülen is terrorist, they must put forward evidence. So, this is far from the only one you’re being charged with a crime because of political attitudes,” he said.

‘WE ARE SURPRISED AGAINST TURKISH GOVERNMENT’S ATTITUDE’

Saying that the Turkish Government is an Islamic government and seeking that the interests of the development of Islamic world, al-Awni, “They had great success. No one can deny even in Turkey. We are amazed at the face of this attitude for it. So we see this as out of the situation we witnessed during the Turkish Government’s attitude. We really hope that the Turkish government to solve this problem by appropriate means of the general politics of the Islamic world. We really expect that for our ethics,” he said.

Al-Avni continued his words as follows:

“I say, before taking a political stance on issues that need to decide if you will be referred to the law of laws. If you get a clear proof of the crime for which anyone, for Sheikh Fethullah, for whom decides about terrorist acts or terrorist embraced the idea, that this time everyone will see stance taken by the Turkish government excused. But before the fair is proven by evidence, it would be wrong without a fair legal decision and not politicized. What neither the interest of which cannot meet the policy adopted by the Turkish government nor the services of the Islamic world.”

Mentioning about terror attacks in Paris, al-Awni stated that such attacks are condemned by each religion and nation and cannot be accepted by any mind in the world. “The perpetrators [of the attack] are murderers. It is not right to show them as the follower of a religion on earth. Especially to Islam, religion of peace,” noted al-Awni.

He also underlined that even if Muslims nay have carried out such an attack and some terror organizations claimed responsibility of the attack, such organizations are rejected by the Muslims and people involved in such acts cannot be regarded as Muslims.