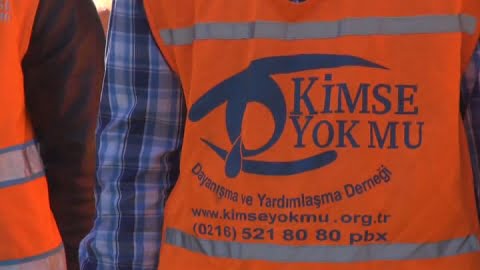 Volunteers from the KYM along with Afghan-Turk Çağ Educational Institutions (ATCE) delivered aid boxes in value of 70,500 dollars to Afghan Red Crescent. Some more aid boxes in value of 40,000 dollars were delivered by the KYM volunteers to the people in a ceremony. Head of the ATCE Numan Erdoğan stated that they began roll up sleeves upon the call of President Ashraf Gani Ahmedzai at a press conference.

“We may not bind up all of the wounds. We wanted to show that we are with our brothers as Afghan-Turk Schools. We will continue to support them every time,” said Erdoğan.

Meanwhile, death tool in the devastating earthquake has reached to 150 and around 600 people were injured.

Kimse Yok Mu Foundation (KYM) and the US-based Embrace Relief jointly donated three-container-loads of medical supplies to Haiti combating cholera epidemic. The two of the containers were delivered to the hospital KYM built in the capital city Port-au-Prince and the remaining is to depart in two weeks.