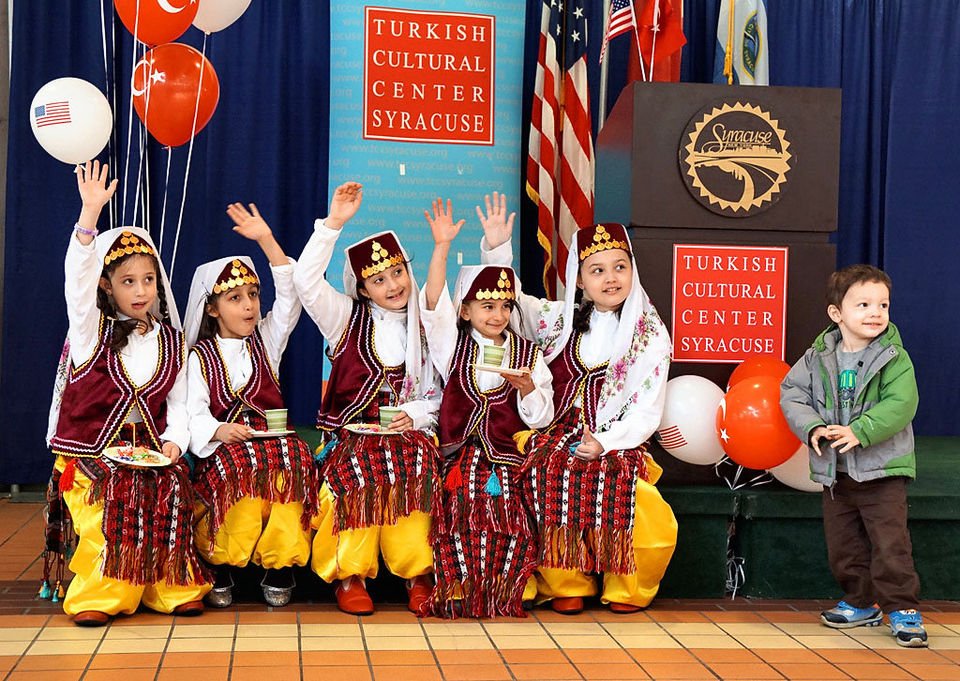 The Syracuse Turkish community and representatives of the Turkish Cultural Center celebrated their National Sovereignty and Children’s Day at Syracuse City Hall on Thursday April 23, 2015 with a Children’s Festival.

April 23rd marks the inaugural session of the Grand National Assembly of Turkey and is celebrated by the Turkish community as National Sovereignty and Children’s Day. Syracuse Mayor Stephanie Miner proclaimed April 23, 2015 as “Turkish Heritage Day” with a proclamation presented to TCCS Director Tim Saka by Syracuse Common Council President Van Robinson. Havva Karakas of Syracuse University’s Maxwell School was the master of ceremonies. One of the speakers was Fatma Zehra Sula, a Weekend School student from TCCS.

There was Turkish music, dance and food. Students from The Turkish Cultural Center of Syracuse, under the direction of Ayla Turgay, performed a Turkish Wedding dance. The celebration concluded with the raising of the Turkish National flag on the steps of City Hall.

Cross-cultural program between Jewish and Turkish Muslim teens flourishes in south Brooklyn as Israel, Turkey eye calm. The Young Peace Builders, which was launched three years ago by the Kings Bay Y, a Jewish community center, and the Amity School, a private K-12 school that admits students from all ethnic and religious backgrounds, serves a primarily Turkish-Muslim student body.