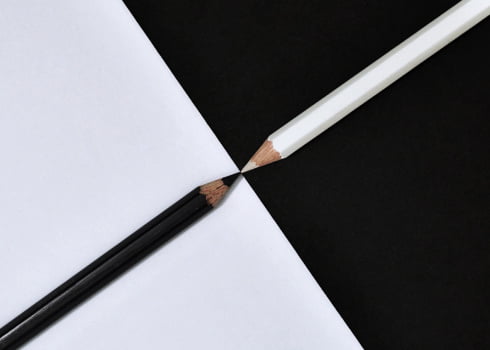 A domestic political scandal that erupted in Turkey in mid-December (2013) has once again put the country in the global headlines. This time, unfortunately, the news is rather grim. The corruption allegations and controversies over so-called “parallel structures” have not only called into question Turkey’s international prestige but also triggered arguably the largest internal social unrest in decades. The tension continues to escalate as the government’s unpopular moves threaten the system of checks and balances and persistently target civil society initiatives. It seems that while the rest of the world is desperately searching for solutions to global socioeconomic challenges and means to avoid the beak out of the Third World War in Ukraine, the Turkish government has made its own priority to impair indigenous civic enterprise and crack down on the Gulen movement.

The aim of this essay is not to explore the political agenda of the Turkish government. Rather it is an attempt to assess what is new and what is not in contemporary accusations against Fethullah Gulen and his followers. In doing so, I will refer to a timely study by Dogan Koc. His book entitled “Strategic Defamation of Fethullah Gulen: English vs. Turkish” provides a thorough analysis of texts in two languages about the Hizmet (service) movement and reveals astonishing details about the speculative campaign to undermine the moderate Islamic scholar and his supporters. The book “ably documents the efforts of [the] anti-democratic elements of the Turkish establishment” to subvert popular support for civil society movement led by a moderate Islamic preacher Gulen (J. C. Harrington).

Dr. Dogan Koc, in a more critical spirit than was formerly possible, delves into a detailed analysis of media stories about activities of the so-called Gulen movement and carries on a constructive criticism of the shortcomings of reported controversial narratives. The first two chapters set the scene and provide the background for the rest of the story. According to Koc, the book illustrates that defamatory articles “do not offer any consistent critique” and are consistent only with the fears of their intended audiences (p. 2). Moreover, for him, there is a wide group of people “who act strategically when defaming Fethullah Gulen and the Hizmet Movement” (p. 2). The author introduces the biography of Fethullah Gulen and history of the Hizmet movement (aka Gulen movement) in chapter two. In order to understand the movement and its development, Koc offers deeper examination of the beliefs and motivations of its followers. The author focuses on Islamic identity, education (as the pivotal field of service), promotion of interfaith dialogue and tolerance, and the importance of science and modernity to explain Gulen’s reading of Islam as a “religion compatible with human rights and democratic modernity” (p.13). In this sense, according to Koc, the Hizmet movement could be seen as a part of the stabilization of democracy in Turkey.

The third and fourth chapters focus on defamatory articles and books published in English and Turkish. Koc reveals contradictory nature of libelous campaigns aimed at blackening the name of Fethullah Gulen and the movement inspired by his ideas. While allegations in Turkish blame Gulen for serving American national interests, Vatican, and even Zionism, calumnious pieces in English depict him as an Islamic danger to the Western world. The author reveals existence of a groundless prejudice against Gulen. To do so, Koc compiles a dataset consisting of 435 cases that portray activities of Gulen and the movement in one of the above ways. Relying on Hankin’s methodology to operationalize the concept of defamation, Koc conducts an empirical analysis in chapter five to demonstrate the fabricated nature of aforementioned slanders. The analysis reveals that in the overwhelming majority of Turkish articles that make defamatory claims, Gulen is depicted as pro-American/Zionist/Vatican agent. In 89% of defamations in English, on the other hand, Gulen is characterized as anti-Western. Thus, study suggests, “one can predict how Gulen is defamed with 87% accuracy only by looking at the language of their article” (p.36).

Arguably, the most revealing section of the book is chapter six. Here Dogan Koc explores the identity of people who lead defamation campaigns around the globe. One of the striking observations is that over half of these libelous articles were produced by the same group of people. In other words, same commentators accused Gulen both in trying to establish an Islamic state and serving as an American agent. Koc draws attention to the fact that if circulated frequently enough, “false information can become the kind of common knowledge that the public receives without question” (p.54). Chapter seven focuses on a particular case study that takes into account Sharon-Krespin’s article on Gulen’s alleged Grand Ambition. According to Koc, the article has little in common with a paper written by an expert. He notes that the study lacks credible references and theoretical or empirical analysis. Almost 90% of her references rely on newspaper articles, TV programs, and Internet blog articles (p.61). Moreover, according to Koc, Sharon-Krespin’s analysis miscalculates and misleads using distorted data.

In conclusion, Koc reasserts that defamation of Fethullah Gulen and the Hizmet movement is conducted strategically. The diametric differences in accusations of Gulen reveal more about the suspicion of different audiences than they do about Gulen himself (p.71). Koc remains committed to the idea that in order to maintain world peace all should share the responsibility to present the facts as they are. A man once said that the world for many of us is what we make out of it. As long as a civic initiative has a potential to advance cross-cultural dialogue and present opportunities for improved human understanding it should be supported. Otherwise, according to many careful observers of Turkish politics, misguided policies may lead the country to a steep decline in the long run.

Dr. Koc has provided the most compelling study to date examining controversial sources on the Gulen movement. Supported by a convincing narrative, it sets the bar high for future works on the subject. More importantly, the book is a welcome contribution providing a timely toolbox for both academics and policy analysts to examine the ongoing events in Turkey and beyond. While a more global academic exchange would be very welcome, scholars interested in understanding Fethullah Gulen and the Gulen Movement today should read this book.