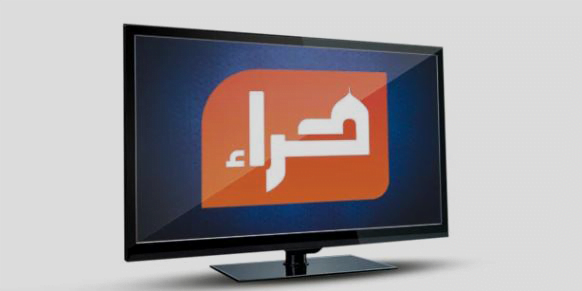 Turkey’s first private Arabic TV channel, Hira TV began to broadcast over the Internet this week and plans to broadcast via satellite in the coming months.

The TV station aims at building better ties between Turkey and the Arab world.

Hira TV, whose name refers to the cave where the Prophet Muhammad first received revelation from God, broadcast live an international symposium titled “Wealth of Islam: Islamic Opinion and Comparison” as its first program.

Coming together in İstanbul, hundreds of guests participated in the symposium from Islamic countries. The program was broadcast live on its website, www.hira.tv.

The editor-in-chief of Turkey’s Arabic language magazine Hira Magazine, Nevzat Savaş said many of the guests had previously suggested to him to set up a TV station that would broadcast in Arabic, and the announcement of the new channel coincided with the conference.

Savaş stated that the station aims at broadcasting on five continents. The slogan of the channel is “The language of truth” and intends to link Turkey and the Arab world, which have always been closely connected to each other through historical, economic and geographic bonds.

Prior to setting up the TV channel, Hira Magazine has been published in Turkey since 2012.

Both projects perform a crucial duty by strengthening ties between Turks and Arabs.

US State Department Spokeswoman Jen Psaki told reporters at a press briefing on Wednesday that the US will not comment on Prime Minister Recep Tayyip Erdoğan’s expectation for Turkish Islamic scholar Fethullah Gülen to be extradited from the US, where he now lives.