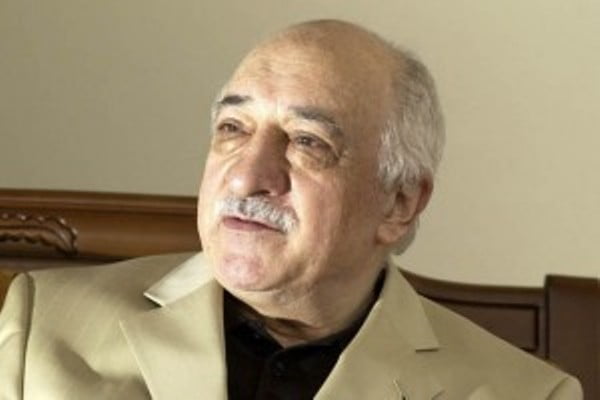 For centuries, the relationship between western and Islamic civilization has been edgy, due largely to the misconceptions that each of the two civilizations have for each other. Series of international debates have been held across Europe, Asia and Africa on the conflict of between Islamic and other civilizations. Traditional and new media have been awash with divergent and more often than not, conflicting views about which side of the divide is responsible for religious and violent extremism in today’s world. Sandwiched between these conflicting interests are those who understand what has been going wrong so far. And it is through the spectacle of those with better understanding the cause and effect of the avoidable conflict between Islam and other civilisations around the world.

This class of people with good grasp of the demarcation between violence and Islam has helped in a significant way in shaping the actions and attitudes of people on this planet. An Indian Islamic scholar, Zakhir Naik, has a special television Channel now viewed all over the world. This channel has such a growing acceptability that many viewers, especially intellectuals and policy makers get glued to it. The name of this popular channel is PEACE TV. Analysing the content and programming of this television channel will reveal a concerted effort to potray the Islamic religion as a religion of peace. Millions of viewers around the world are gradually abandoning the “they versus us” toga and are beginning to see Islam in good light.

In Africa and especially Nigeria, the efforts to celebrate the peace that Islam represents are going on with high velocity. There is the inter-faith group, an assemblage of Muslim and Christian clerics, designed to promote religious understanding, harmony and unity among adherents of both faiths. Several other faith-based groups can also be found in various parts of Nigeria and this underscores the collective efforts towards the promotion of peace. Last year in Kaduna, scholars from the United Arab Emirate, Russia, United States, Germany, Iraq and others converged on Kaduna. Their concern was how to improve the understanding and relationship between the Islamic civilization and other civilizations. But written in the fine print of their communiqué was the beauty in Islam and its abhorrence for violence and extremism. Participants at the world conference in Kaduna shared the message of peace as encapsulated in the centuries of Islamic publications.

In view of the foregoing, it is obvious that the misconception that Islam represents violent extremism is gradually fading, giving way to a better image for the centuries-old religion and its cultural heritage. If the religion were violent, perhaps the world would not have witnessed the rapidly increasing number of converts in North America and the Yinghja province of Northern China today. There are similar stories in France and so many countries of Eastern Europe. So, individual Muslims around the world, who have devoted mental, physical and financial energy to the promotion of peace amongst humanity deserve to be rewarded in a big way. Given the indispensability of peace to the society’s growth and development, any outstanding effort to promote it should be encouraged even institutionally.

It is to this extent that the recent honouring of Islamic scholar Fethullah Gülen of Turkey with a prestigious peace award in recognition of his “life-long dedication to promoting peace and human rights” at Atlanta’s Morehouse College could not have come at a better time. It is interesting to note that this prestigious award came out of Martin Luther King, Junior’s alma mater. King, just like Malcolm X , has been a thorn in the flesh of trouble-makers and even influential promoters of racism during his time. It is therefore obvious that the choice of the alma mater of this human rights icon and advocate of peace underscores the importance of the venue for honouring another great hero of our time – Fethullah Gülen. Significantly, the Martin Luther King Jr. International Chapel at Morehouse College honored Gülen with its 2015 Gandhi King Ikeda Peace Award last Thursday for promoting ideas upheld by the world’s leading peace and civil rights activists. Gulen is now in the mould of past recipients of this award, namely Nobel laureates Nelson Mandela, Desmond Tutu and Michael Gorbachev, as well as Rosa Parks. Gulen is also in the mould of notable peace promoters or in the words of the awardees, “those who demonstrate extraordinary global leadership toward reconciling differences.”

But for Gulen’s medical condition, he would have received the award in person. Nevertheless, he was there in spirit as revealed by the goodwill message he sent through his representative Alp Aslandoğan, the president of the Alliance for Shared Values — an umbrella body for US-based organizations affiliated with the Gülen movement .Alp, therefore, accepted the award on behalf of Gülen.

The statement submitted by Aslandogan read in part: “I am humbled. I can only accept this award on behalf of the participants of the Hizmet movement who devoted themselves to serving fellow humans without expecting anything in return.” In Turkish, the word Hizmet means “service” in and it is used interchangeably to mean the Gülen movement. Going a step further, Gülen praised the activists, volunteers and educators in many countries, particularly Nigeria and Afghanistan, who provide educational opportunities to girls. He also hailed “the doctors, nurses and humanitarian relief workers who serve in Somalia and Sudan in difficult conditions as well as entrepreneurs who “compete in donating to charitable causes despite facing economic hardship themselves.”

Gülen then celebrated sympathizers of the Hizmet movement who are spread across the world in his heart-rending statement. Along the line he declared his recognition for educators “who defy sub-freezing climates thousands of miles away from their homes and those who continue to keep their schools open in northern Iraq despite the threat of the Islamic State of Iraq and Levant (ISIL), a notorious group of militants that overran large swathes of territory in Iraq and Syria last year.”

It is interesting to note that the Gülen movement has spread to more than 160 countries around the world and has “a vast network of schools, charity organizations, health institutions and cultural dialogue centers. The volunteers of the movement often have to confront dire conditions in countries they serve, ranging from Ebola-stricken nations in Africa to conflict-ridden countries in the Middle East.”

In a glowing tribute to Gulen’s exemplary character of tireless service to humanity Scott Alexander from Chicago’s Catholic Theological Union delivered the touching keynote address while explaining the philosophy and ideals of the Gülen movement to hundreds of participants from across the United States. He hailed the Gülen movement for its activities, praising its volunteers who travel thousands of miles around the world with “their hearts and pockets only full of sincerity.” He also pointed out that Gülen is honored not just because he has a “great soul” but also for his contribution in promoting education.

Alexander aptly described Gülen as a “modern-day Moulana Jalaluddin Rumi”, a great Sufi mystic and poet known for his preaching of tolerance seven centuries ago. Recalling that Gülen promotes peace and tolerance in his educational activities across the world, Alexander hailed the volunteers of the Gülen movement for possessing “compassion. “Then the organizers of the event unveiled a canvas portrait of Gülen, which will be put alongside other past recipients of the award in the chapel.

The highpoint of this prestigious award is that this is the first-time in history that a moderate Islamic scholar emerged as its recipient. Coming at a time the menace of global terrorism is threatening the image of the religion, there can be no better moment than this and Gulen will go down in history as a hero in the mold Mahatma Gandhi, Nelson Mandela; Desmond Tutu and Michael Gorbachev, as well as Rosa Parks. He remains an exemplary silver-lining in the promotion of interfaith harmony and succor for the less privileged ones in today’s world.