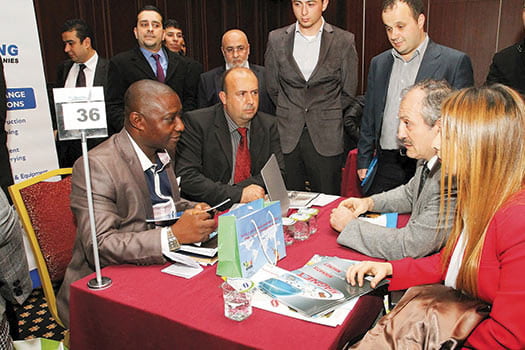 The Turkish schools, which are founded and sponsored by Turkish entrepreneurs almost everywhere in the world, help start and increase the international business and relationships. One of the examples is Ghana, a West African country.

John Dramani Mahama, the President of Ghana, spoke in Istanbul at the Turkiye-Ghana Business and Investment Forum, which was organized by TUSKON- The Confederation of Turkish Industrialists and Entrepreneurs. He said that Turkish schools provided with qualified employees in his country. Mr. Mahama invited Turkish entrepreneurs to do more investment and open more schools in Ghana.

The Turkish schools, which are founded and sponsored by Turkish entrepreneurs almost everywhere in the world, help start and increase the international business and relationships. One of the examples is Ghana, a West African country.

President John D. Mahama thanked the Turkish Entrepreneurs who founded schools in his country. He said: “These schools mean more than education. They had built bridges between our countries long before we started business relationships”. He added: “When Turkish Airlines started flights between Turkey and Ghana, I was wondering how the airplane would find enough passengers to keep the flights on. But I saw that the airplane was completely full when I was coming here. Some businessmen could not find a ticket on Turkish Airlines and they had to travel with different airlines. Today, the relationship between Turkiye and Ghana reached to a great level. Turkish schools have great contributions in this development.” Mr Mahama stated that Africa has 300 million population and $700 billion market, and he called Turkish entrepreneurs to do investments in every industry but particularly in energy, road construction, health and gold mining. He explained that African entrepreneurs want to establish partnership with Turkey, China and India since the global economic crises started.

Turkish Economy minister Mr. Zafer Caglayan made a speech too and thanked the Turkish schools for their contributions to relations between the two countries.

Disclaimer: The original news is in Turkish. Slight deviations from the original meaning may have occurred due to the difficulties in translating phrases and idioms. HizmetNews volunteers translated the article.

Light Academy started as 8-4-4 system in 1998, in a small compound on Ngong Road in Nairobi, with eight students. The IGCSE system was introduced in 2001. It has now grown to accommodate 1,600 students in eight campuses, one in Malindi, two in Mombasa and five in Nairobi.