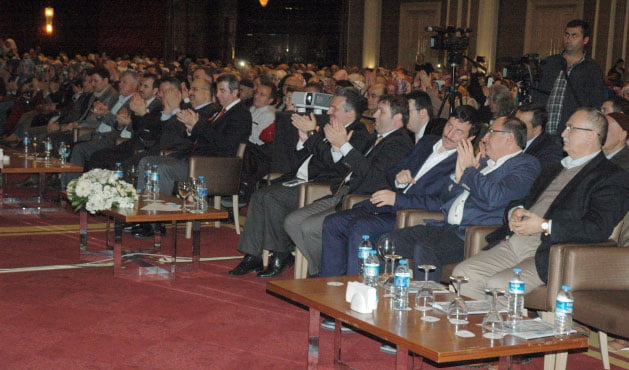 Kimse Yok Mu Foundation (KYM), with a record of charitable efforts in 113 countries around the world, has enabled African girls to go to school with the water wells it has established across the continent.

Kimse Yok Mu Foundation (KYM), with a record of charitable efforts in 113 countries around the world, has enabled African girls to go to school with the water wells it has established across the continent. These girls had to carry water from miles away and thus were unable to go to school. The foundation’s 1735 water wells in 20 different countries across the African continent have been serving some 3 million locals. Additionally, it reached out to 65,000 orphans in 50 countries.

The water project director Vasfi Basak said it’s usually the girls carrying water and unable to go to school in African countries. “They are carrying the muddy water for miles away every day. They spend 7-8 hours daily for that. After the 50 water wells in Chad alone, we found out that nearly 2,000 girls have started school. Needless to say, it also saved them from the danger they had to face carrying water.”

The deputy-chairman Huseyin Fazlioglu said, with its volunteers support, KYM has become a globally acclaimed organization of humanitarian aid and sustainable development in 10-12 year. “When we visited the UN headquarter in New York we were asked ‘How come you could reach 113 countries in such a short period of time?’ And we said, ‘Yes, we have few employees but millions of volunteers behind us.’ KYM is one of the few foundations that are active in a large variety of fields. We are active in almost every field the UN is. Humanitarian aid constitutes the main body of our work. And about 70% of it goes to the needy in Turkey. Some 300,000 families are receiving aid on a regular base from our over 30 chapters nationwide.

Sometimes we’re criticized for going overseas when there are so many needy in the country. But 2/3 of the donations are going to the Turkish needy, in addition to the sustainable development projects including educational assistance.”

The orphan project director Mehmet Ali Gul reported that the foundation has embraced some 65,000 orphans in over 50 countries and provided them with shelter, food and education. Also it renovated and established orphanages on demand. “Thousands of orphans have a smile on their face today because of KYM. The UN estimates 400 million orphans in need in 2015. Our foundation has reached out to 65,000 of them. This number is increasing steadily. We recently renovated orphanages in Chad and Darfur, Sudan. We are also schooling them. Very little help can make huge differences in these children’s lives.”

The director for healthcare efforts Veysel Kayabas highlighted the significance of cataract surgeries among all. “We did an extensive work and then kicked off the surgeries in Sudan. Now, they are performed in 13 countries across the continent, with a record of 18,000 in Sudan alone and 33,000 in total.

Sometimes we see infants born with this disease or children having lost their eyesight at a very early age. Or it’s sometimes a father at 35 or an elder. A 15-20 minute-long surgery can save their lives. There are mothers who were able to see their children after 25 years.” Kayabas also said, in addition to cataract surgeries, the foundation has been serving the local people at fully equipped hospitals in Somalia, Uganda, Kenya, Ethiopia and Haiti.

Excerpted from the article published [in Turkish] on Haber Aksiyon, 16 April 2015