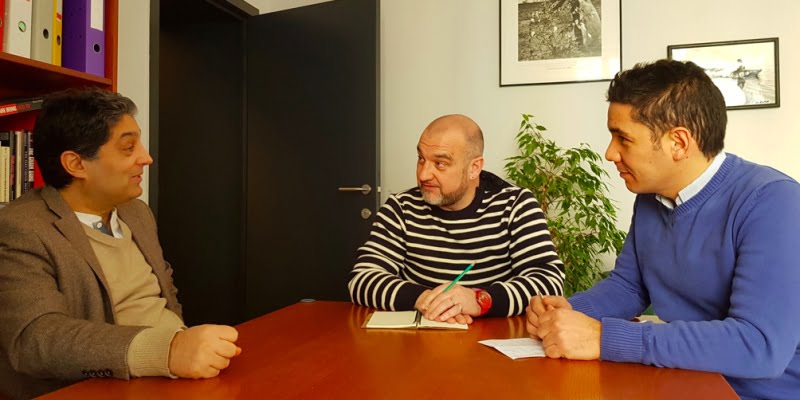 On 4 March 2016, five months before the coup attempt of July 2016, one of the biggest daily newspaper was seized by the Turkish authorities on charges of being affiliated with the Gülen movement. Created in 1986, the newspaper was initially a strong supporter of President Erdogan’s AKP until it became increasingly critical and subsequently the movement which it was affiliated with accused of infiltrating the institutions in order to create a “parallel state”. Many journalists and media workers were first quickly sacked without any compensation.

Despite being fully managed by government-appointed trustees since March 2016, the newspaper was banned by the decree number 668 on July 27, 2016 for his ties with the Gulen movement branded as “armed illegal terrorist organisation” in the wake of the coup. This time, journalists did not only lose their jobs. They were jailed, their friends and family were left without any resources, their passports confiscated and their business and social contacts totally disappeared.

Two years of the seizure of his newspaper and his sacking, the former bureau chief of Zaman newspaper in Brussels, Selçuk Gültasli, visited the EFJ-IFJ  headquarter to deliver a special briefing on “the desperate situation of Zaman journalists and media workers in jail” in Turkey. Welcoming the positive mobilisation of international watchdog organisations for well-known journalists like Can Dündar, Deniz Yücel or Altan brothers, M. Gültasli is advocating for the same efforts for the less known Zaman colleagues in jail.

“Don’t get me wrong ! When I read for example the latest resolution at the European Parliament on the human rights situation in Turkey, I’m very pleased to see a reference to Cumhuriyet journalists, to Deniz Yücel or to Altan brothers, Nazli Ilicak, etc. It is also good that many NGO’s are campaigning on these names to attract public attention. But despite the fact that 124 journalists (out of 150) imprisoned are former Zaman colleagues or Kurdish journalists, it’s really sad to see they are barely mentioned and thus being discriminated for their alleged affiliation. It is as if press freedom or the rule of law are only valid for European journalists, liberal or securalist journalists in trouble in Turkey. If you are labelled as a Gülenist journalist because you happened to work for Zaman newspaper or other Gülen-affiliated media, nobody will raise his voice to defend your rights”, said M. Gültasli.

According to him, some of these “forgotten” examples currently in solitary confinement include the following cases:

Mustafa Ünal, a journalist with 28 years of experience, was Zaman’s Ankara Bureau Chief when the newspaper was confiscated on March the 4th, 2016. He was a columnist for 20 years and accompanied the Turkish President and the Prime minister at their many domestic and foreign trips. Until he was arrested, he had no legal case at courts for a story or an article he had penned. In the wake of the coup attempt of July 15, he was arrested on July the 30th. He is still in prison. In his indictment, the articles he had written are shown as evidence for being a member of a terrorist organization.

Like many of his colleagues, Ünal has applied to the European Court of Human Rights (ECHR). However, ECHR while finding the applications of Şahin Alpay and Ali Bulaç’s admissible has refused Ünal’s application. Both Alpay and Bulaç are being tried for exactly the same indictment and court case. (Both Bulaç and Alpay are former Zaman writers, we are very happy that at least their applications are accepted). ECHR’s letter that Ünal’s application has been rejected was conveyed on Feb 1st 2018.

The reasoning for the refusal is the non-consumption of domestic legal remedies. However, it is exactly the same situation for the other journalists whose applications have been accepted. ECHR’s verdict sets a dangerous precedent as it gives Turkish government the message that it could do whatever it wants with the journalists who have been Gülen sympathizers. ‘Gülen sympathizers’ journalists have not been able to get any result from the Constitutional Court of Turkey and the fate of their applications to the ECHR is still unknown.

The artistic director of Zaman Fevzi Yazıcı is still kept in solitary confinement as he refused to sign a fabricated document. He was among the six journalists (not three) being sentenced to aggravated life imprisonment on Feb. 16th, 2018.

The general manager and editor in chief of STV Mr. Hidayet Karaca is in solitary confinement for the last three months. Although he had legal right to attend his father’s funeral, he was not given authorization. He still does not have a lawyer.

Two female judicial correspondent working previously for Zaman, Busra Erdal and Aysenur Parildak, have been jailed on similar fabricated charges. They were released by a court and immediately jailed by another before being able to leave the prison compound.