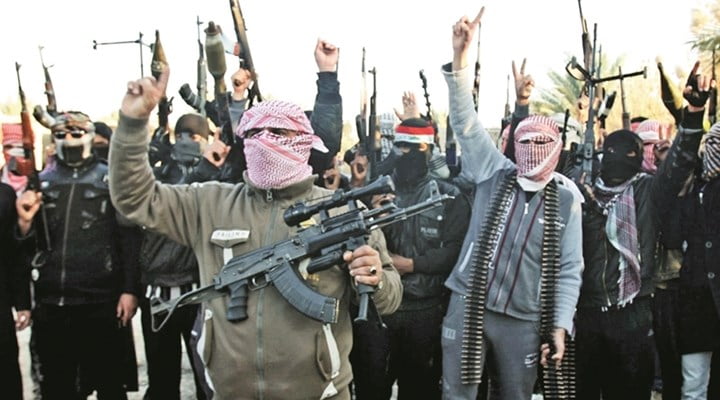 A new report uncovered from the Turkish General Staff reveals that the army had been in preparation to operate against the Tahşiyeciler group.

Members of the Tahşiyeciler group were arrested following a 2010 police operation which found hand grenades and guns along with pro-al-Qaeda propaganda.

On claims that the group suffered from defamation, raids were conducted in mid-December 2014 against the Zaman daily. The newspaper’s Chief Editor Ekrem Dumanlı was detained and Samanyolu Broadcast Group President Hidayet Karaca was arrested on dubious charges which were based entirely on a fictional TV show and a few press articles.

Islamic Scholar Fethullah Gülen was also subjected to a red notice over a 6 April 2009 sermon where he condemned the group. Charging the press, pro-government police has audaciously claimed that Gülen’s sermon was behind the operation against the group.

The recently discovered report proves that this scenario as implausible. The Turkish General Staff report dates from 13 March 2009, before Mr. Gülen’s 6 April 2009 sermon. Furthermore the Turkish National Intelligence Agency (MİT) had also been tracking the group some years before.

Intricacies of the report

Group leader Mehmet Doğan and two prominent figures Mustafa Doğan and Mehmet Nuri Turan are all outlined for their sympathies with al-Qaeda.

The report states the following. “M. Doğan declares those who do not support al-Qaeda Munafiq” Munafiq is a term in Islam coined to describe those who outwardly practice Islam while actually not believing. The status is viewed as a significant sin in the religion.

“Mehmet Doğan and group members have full supportOsama Bin Laden and al-Qaeda” for “fighting against the infidels.”

The report also indicates that the Tahşiyeciler group views the Turkish state as “an infidel” which “will only be saved by a fight against it alongside al-Qaeda.”

Key group member Mehmet Nuri Turan is noted to have warm relations with other terrorist group’s such as the Kurdistan Workers’ Party (PKK), Kongra-Gel and groups engaged in drug smuggling across Turkey.

The phone taps on the organization also underlines the severity of their ideology.

“The holy jihad goes through placing your index finger on the trigger of an automatic rifle; that’s the real jihad,” says suspect Faris Mağin speaking to another member.

And in a phone conversation on November 23, 2009 the group leader Mehmet Doğan preached “The religion without shedding blood and jihad is a falsified religion”.

Dutch police on Monday detained a 42-year-old Dutchman of Turkish descent for alleged death threats and hate speech after the failed Turkish coup in July, which has ratcheted up tension among Turks in the Netherlands. The arrested man is an Erdogan supporter and he is suspected of having threatened Gulen backers online and in person, a Dutch official said on condition of anonymity.