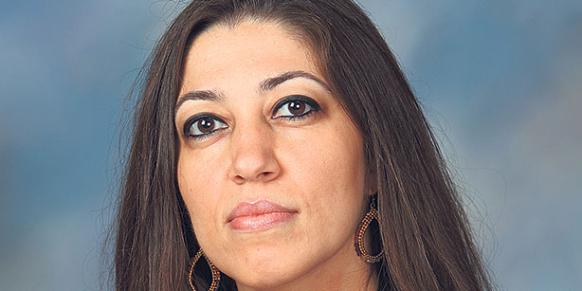 Yıldırım said, “Even if there is a formal request, this request would have to be finalized according to the ‘Extradition and Mutual Assistance in Criminal Matters’ treaty signed in 1979 between Turkey and the US and has been in force since 1981.”

The First İstanbul Penal Court of Peace decided there was “sufficient tangible evidence” and agreed to issue an arrest warrant for Gülen, a Turkish Islamic preacher who advocates a moderate Islam rooted in modern life. The move is a prelude to a formal request for Gülen’s extradition from the US, where he has lived in self-imposed exile in Pennsylvania since 1999.

Criticizing recent developments in Turkey, which critics believe to have undermined civil liberties and the rule of law, Yıldırım mentioned that in democracies, voters have to trust the people they appoint to lead them, going on to say, “The law is the only thing that can call corrupt politicians to account between elections.”

Yıldırım underlined that any and all members of the administration who have been incriminated in corruption investigations must be relieved from their duties, at least until the judiciary reaches a verdict on the matter.

Corruption investigations made public on Dec. 17 and 25, 2013, revealed the biggest corruption and bribery scandal in the history of the republic. Members of the Justice and Development Party (AK Party) government as well as family members of President Recep Tayyip Erdoğan were implicated in the investigations.

Erdoğan has since portrayed the corruption investigations as an attempted “judicial coup” orchestrated by Gülen and the Hizmet movement, a social movement that follows Gülen’s teachings and is known for its cultural and educational activities.

Gülen, whose teachings have inspired millions of people around the world to forge a wide community active in publishing, charity and education, has denied all the charges.

Chantal Thomas, a professor of law at Cornell University Law School, also spoke to Today’s Zaman, saying that government members involved in illegality must be identified and made to pay the price for their actions.

Underlining that in order for members of the government to face the courts strong political will must be shown, Thomas said. “Politicians sometimes are able to receive support for their totally illegal actions, especially if the notion of what is happening is understood as common good,” she explained.

Associate professor of political science at Princeton University Paul Frymer said the removal of police and members of the judiciary by way of reassignment after the graft investigations went public in December 2013 was not democratic.

Stating that incidents such as corruption and bribery are important tests of resistance for elite politicians and the mainstream mindset in a society, Frymer said all types of democracies face these kinds of tests.

Underlining that the reaction of the population towards incidents of corruption and unlawfulness is proportional to the amount of closure a politician gives these matters, Frymer said in his statement to Today’s Zaman, “The most critical point here is the combating of corruption by opposition parties, and of course the existence of independent media.”