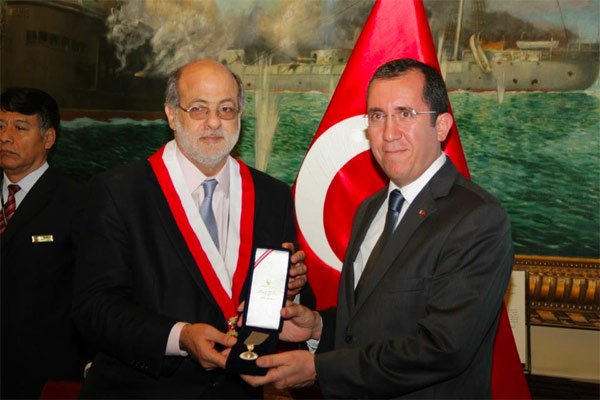 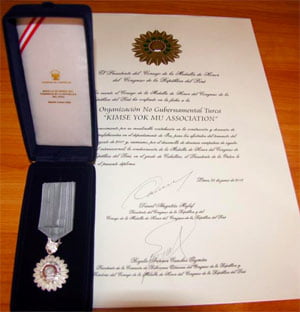 The ceremony was attended by a large crowd, including Peruvian members of congress and Turkish Ambassador to Peru Namık Güner Erpul.

Delivering a speech at the event, Abugattás said he was very honored to present the medal to Kimse Yok Mu, adding, “This foundation carries out relief activities in every part of the world without making a show of its actions.”

Ambassador Erpul also gave an address, remarking that civilian work contributes to the development of relations between Turkey and Peru. He said the Kimse Yok Mu foundation had won the hearts of Peruvians with its efforts to aid the country.

Işıtan said he was honored to accept the medal on behalf of his foundation and Turkey, and offered his thanks to the Peruvian president of congress and all Peruvians for their appreciation of Kimse Yok Mu’s work.

Kimse Yok Mu rushed to Peru in the aftermath of a magnitude 7.9 earthquake on Aug. 15, 2007 to offer a helping hand to the quake-stricken people. The foundation built 367 prefabricated homes for quake victims and constructed a police station. 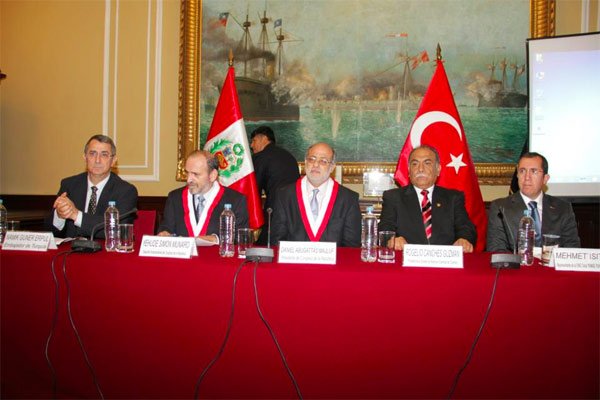