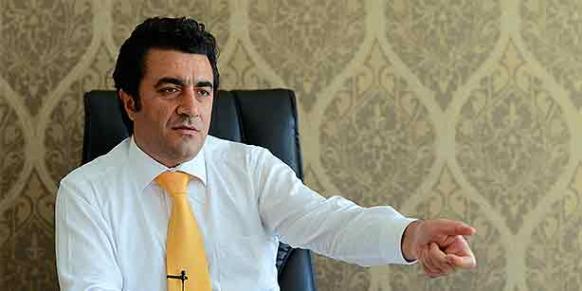 Ömer Turanlı described Saturday's release of the five officers who were arrested in July as a sign of the government's failure to create a false perception among the public. (Photo: Today's Zaman)

Speaking to reporters in front of Silivri Prison, one of the police officers’ lawyers, Ömer Turanlı, described Saturday’s release of five officers who were arrested in July after conducting a graft investigation into several ministers and dozens of pro-government businessmen as a sign of the government’s failure to create a false perception among the public that the Hizmet movement has been behind efforts to overthrow the government.

“The perception [operation] has died. The law will eventually prevail over the political authorities, power circles, decision committees or any other bodies,” Turanlı said.

Serkan Durmaz, Hacı Şerif Erikmen, Metin Güneş, Abdülkerim Anaçoğlu and Ebubekir Gül were released from Silivri Prison after İstanbul 1st Court of Peace Judge Bekir Altun ordered their release in a monthly evaluation of their situation under arrest. They were among 47 police officers arrested in late July as part of a government-backed operation against members of the police force.

Turanlı said the remaining 42 police officers should also be released. Reiterating that prosecutors have failed to prepare an indictment against the police officers, despite the fact that four months have passed since the start of the operation, the lawyer said the arrests are unlawful.

These operations against the police, which prosecutors say were launched after allegations of spying and illegal wiretapping, are widely believed to be an act of government revenge for a corruption investigation that went public on Dec. 17 of last year. The corruption investigation resulted in the detentions of dozens of people, including businessmen close to the government, senior bureaucrats and the sons of three ministers in office at the time.

The operations are widely seen to be targeting the faith-based Hizmet movement, which President Recep Tayyip Erdoğan and some government officials refer to as a “parallel structure.”