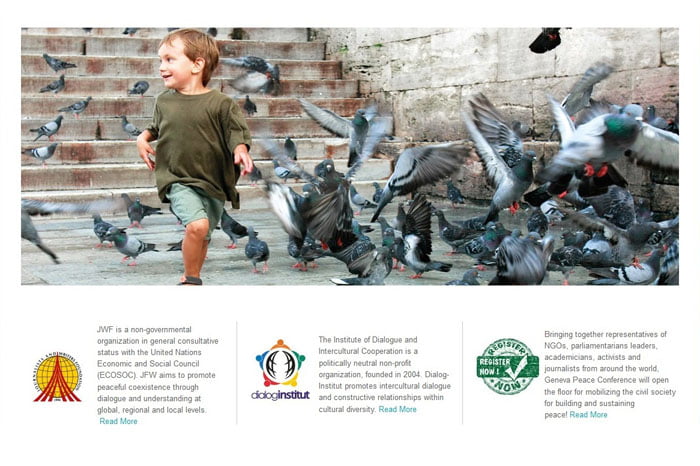 The Journalists and Writers Foundation (GYV), a Turkish institution having consultative status with the United Nations Economic and Social Council (ECOSOC), will hold a peace conference in Geneva on Friday.

The first peace conference, titled “Mobilizing Civil Society for Building Peace,” will be held at the United Nations Center in Geneva with the participation of keynote speakers such as peace activist Ela Gandhi, the granddaughter of iconic activist Mahatma Gandhi, German Ambassador Dr. Heinrich Kreft and political affairs officer at the UN Andres Smith Serrano, as well as GYV President Mustafa Yeşil.

Dialog-Institut has cooperated with the GYV in the organization of the Geneva Peace Conference. The one-day program in Geneva will include sessions on freedom of religion, building and sustaining peace, peace and journalism and education and sustaining peace.

Among the program’s speakers are prominent academics such as Professor Tariq Ramadan from Oxford University, Professor Thomas Michel from Georgetown University and Professor Toh Swee-Hin from the University for Peace in Costa Rica, as well as Gunnar Stalsett, who is a member of the Norwegian Nobel Committee.

During the conference, participants from NGOs will join the discussion by submitting oral and written statements on the sessions’ topics.

A final declaration on the program’s findings will be announced at the end of the event.