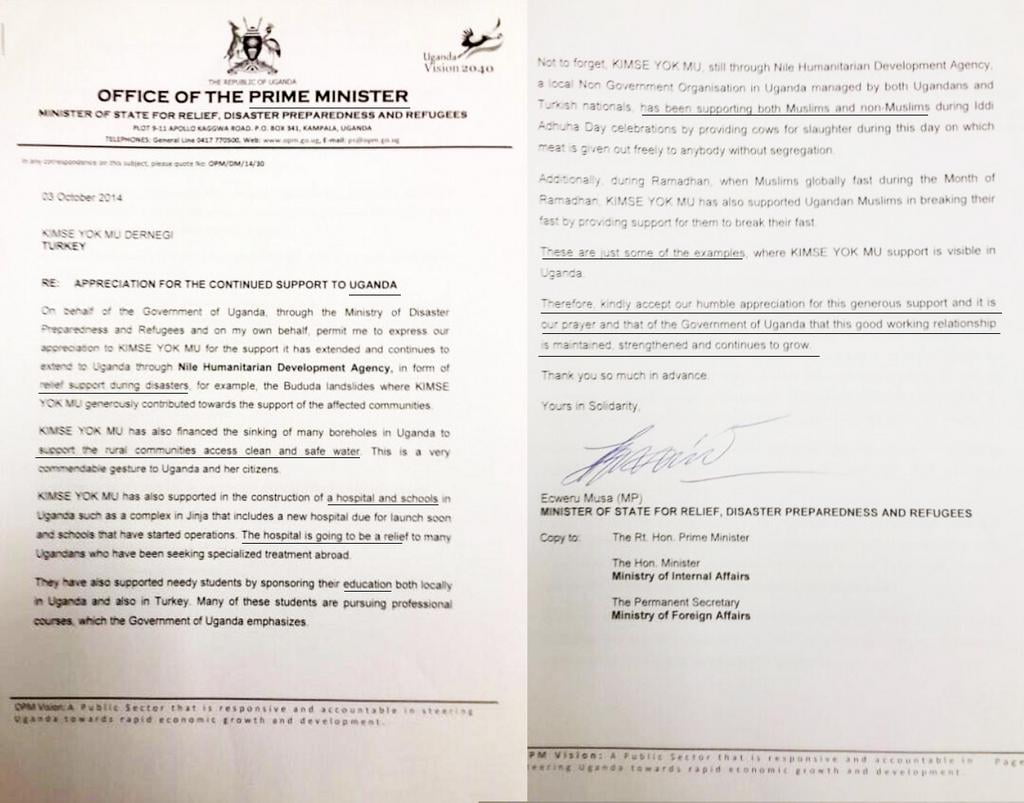 Kimse Yok Mu receives a letter of appreciation from Uganda’s Office of the Prime Minister on October 3, 2014 for the aid it extended during and after disasters. The letter said:

“On behalf of the Government of Uganda, through the Ministry of Disaster preparedness and Refugees and on my own behalf, permit me to express our appreciation to KIMSE YOK MU for the support it has extended and continues to extend to Uganda through Nile Humanitarioan Development Agency, in form of relief support during disasters, for example, the Bududa landslides where KIMSE YOK MU generously contributed towards the support of the affected communities.”

The letter also appreciated meat distribution during the Feast of Sacrifice (Eid Al-Adha) to both Muslim and non-Muslim communities.

The letters was signed, on behalf of the PM’s Office, by the Minister of State for Relief, Disaster Preparedness and Refugees.