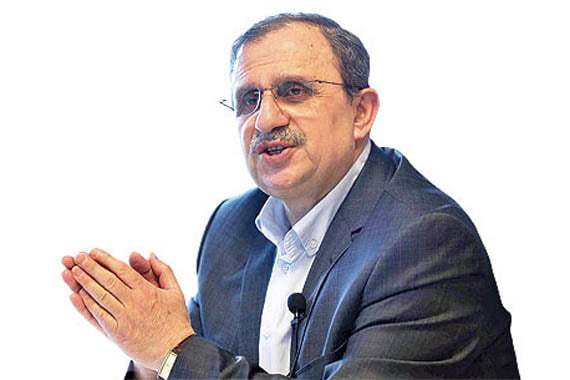 Journalists and Writers Foundation Vice-President Cemal Ussak, regarding the Kurdish-medium education at the Gülen community schools in southeastern Turkey, said “It is a matter of course following the amendment to the current regulation.”

Vice-president of Journalists and Writers Foundation, regarded as the institutional face of Gülen Movement, Cemal Ussak brought to minds the fact that the movement’s schools abroad are offering education in the respective local languages anyway, in response to the question as to whether the movement’s school will launch Kurdish medium or not. “Following the amendment to the current regulation, it is as a matter of course that Kurdish education starts at the movement schools.” Noting that he anticipates the Kurdish education will be offered based on demand, not the location, “It shouldn’t be confined solely to private institutions. Kurdish, Laz, Abkhazian and Circassian citizens too should be able to study their languages at state-financed schools, just like Turkish citizens do their native language,” Ussak remarked.

Previously, in an interview with T24 in April 2013, in response to the question “Is Gülen community ready to offer Kurdish-medium education?” Ussak had said, “I believe so. The private schools in particular are ready for that.”

Speaking of his previous remarks in question, “I had made that remark based on an overall reasoning and conclusion. Kurdish is offered at the Hizmet schools in Iraqi Kurdistan. Moreover, given the fact that the respective local languages are available at the affiliates worldwide, it is as a matter of course that Kurdish education starts in Turkey too, following the amendment to the current regulation.” Ussak said.

In response to the question on whether the groundwork at the schools has been underway, “Currently, there is no groundwork going on. As is released by PM Erdogan, the progress in the issue depends on the regulation to be amended by the cabinet” Ussak said.
Mustafa Yesil: Kurdish might be an elective in Istanbul

T24: What is the stance of Gulen community, which attaches top priority to education, on education in mother tongue?

M. Yesil: Four different languages, namely the local language, regional language, English and Turkish –none of which is favored over another- are offered simultaneously at the movement schools abroad. When we earlier had proposed a constitutional model too, we had put forward the proposal that no constitutional restriction should exist for the Kurdish language to be taught as a local language. In this regard, it is essential that the curriculum at such schools is redesigned in line with the local people’s demands in the Southeast.

Kurdish might be offered as an elective in Istanbul. I believe Ministry of Education is not against that. Yet, first of all, the academic staff to teach Kurdish need to be trained and its infrastructure to be established. However, if you come up and say: “Let’s teach math, such and such in Kurdish,” then you will automatically eliminate some particular students in nationwide exams, which will result in another discrimination.”