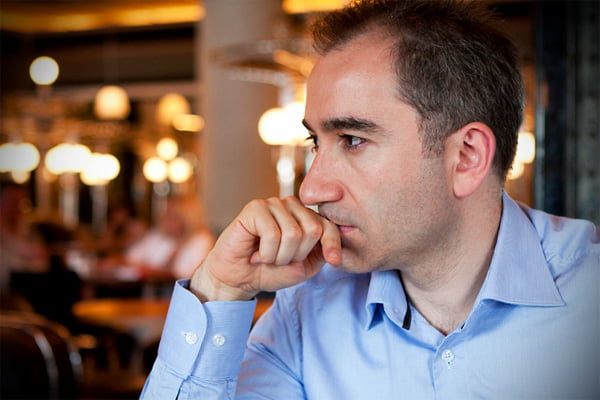 In the year 2007, one of the bestselling books in Turkey was a weird title by a conspiracy theorist: “The Children of Moses” by Ergün Poyraz. The book’s cover presented Prime Minister Tayyip Erdoğan and his wife within a Star of David. Its pages argued, seriously, that Erdoğan was a “secret Jew” who collaborated with “international Jewry” to destroy the secular republic of Mustafa Kemal Atatürk. The writer, Mr. Poyraz, was a hardcore secular-nationalist (aka Kemalist) who seemed pretty convinced that Turkey was targeted by a Zionist global plot, of which Erdoğan’s AKP (Justice and Development Party) was a mere pawn.

Six years have passed since the publication of that insane book. Its writer, Ergün Poyraz, was arrested in late 2007 in the “Ergenekon” coup trial, and was sentenced last August to a staggering 29 years in prison. His crime was to “conspire” against the AKP government, with his conspiracy theories, at the orders of a would-be military junta.

Now, fast forward from 2007 to 2013, and look at Turkey again. You will see that the conspiracy theories that were once the propaganda tools of the enemies of the AKP and have now become the propaganda tools of the AKP itself. First during the Gezi Park protests, the government blamed “global dark forces” and “the Jewish diaspora” as the master of the “conspiracy against Turkey.” These days, the same argument is used again to explain why four ministers of the government are targeted in a corruption probe: Israel and its lobby in the United States want to punish Turkey for its trade with Iran, and “an illegal organization within the police and judiciary” (formed by Fethullah Gülen Movement) acts as the pawn of this plot.

This passionate indulgence in conspiracy theories, I believe, is the biggest obstacle to nurturing a liberal, democratic culture in Turkey. Because when you see your political opponents not as mundane people with mundane motives but wicked agents of an evil plot, you lose all grounds to communicate with them. Consensus becomes impossible, as all you need to do is to “stay strong” and even fight back.

This is what we are witnessing these days, especially in the government’s response to the corruption probe. Instead of helping clear the charges and dismissing the accused ministers as a sign of goodwill, the government instead uses the the-best-defense-is-offence strategy: They depict the probe not as a legitimate investigation by a legitimate Turkish prosecutor, but the act of a global conspiracy that involves Israel, the neo-cons, the Israeli lobby, the “interest rate lobby,” and all the “enemies of Turkey,” whomever they are.

The politics produced by such a conspiratorial reading of reality can only be authoritarian, as it clearly is. Of course, this is not a problem that is specific to the AKP. It is rather a “national” problem that pervades Turkish politics, as recently proven by the enemies of the AKP as well. I just had hoped that the AKP would break free from this bad tradition, but it clearly does not. And thus we keep seeing the same boring script over, and over, and over.

We have certainly been scapegoated, and enduring an ongoing collective trauma, with no end in sight. The fact that the Turkish state could label innocent people guilty, and punish them for their association (even tangential) with the Gülen Movement, opened the majority of our eyes. If they could do this to us, it must be true that they did it to other minority groups (Kurds, Alevis) and certainly to the Armenians.