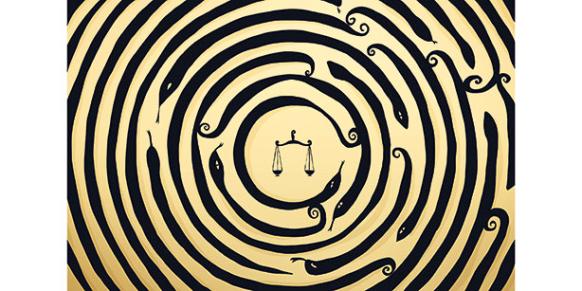 If you opt to see the July 22 operation solely as a conflict between the ruling Justice and Development Party (AK Party) and the Hizmet movement (aka the Community, or “Cemaat” in Turkish), and as revenge for the graft and bribery investigation that became public on Dec. 17, you might bring an “explanation” to the matter, but this is never enough for an understanding of what really happened and will happen. Furthermore, any seemingly neutral approach to the developments or the let-our-enemies-fight-and-destroy-each-other approach is nothing but turning a blind eye to these events.

The solidarity people have shown with the detained police officers and their families, the T-shirts designed with a symbolic gesture of a handcuffed police officer, the democratic protests and the silent waiting in front of the courthouse are novel developments. Even if you define all of these people as being affiliated with the Community, this means that members of the Community have engaged in “politics” and “street protests.”

In other words, in addition to cultural and identity-centered solidarity in the private sphere and casting their votes in the public sphere, the Community has become acquainted with active politics. This is a big positive step for Turkey.

Law as an ideological instrument

The reason for this is that the Community has become the “other” of the state. In this context, the state is once again doing what it knows best and using “law” as a powerful weapon to destroy a group it sees as a rival. The state is doing what it has done so many times in the past.

Just as it has employed the law to sideline conservatives, Kurds, socialists, Alevis and other groups that it has sought to keep away from the public sphere since the establishment of the republic, as well as the organizations, associations and parties established by them, it is doing the same today.

Given the political parties the Constitutional Court had shut down in the past, citing secularism, national integrity and the Turkish identity as justifications, the picture becomes clearer. In short, the Turkish state has many “others” and “victims.”

Everyone believes they will become master of the state apparatus

There is another thing this state knows best. It knows how to choose the best social group or identity to use as its collaborators against those whom it declares the “other” or “traitor” on the basis of the political conditions.

It has used Alevis, nationalists, leftists, Islamists and neo-nationalists in the past, and it will use them or others depending on the situation. The state can do this at its convenience, because it knows that different social groups live in their ghettos.

In the wake of the postmodern coup of Feb. 28, 1997 — when the Turkish military forced the coalition government led by the now-defunct conservative Welfare Party (RP) out of power, citing alleged rising religious fundamentalism in the country — the conservatives engaged in self-criticism and managed to adopt another political perspective, and eventually they came to power. The democratic coalition the AK Party made with different segments of society helped it come to power.

The AK Party became successful because it kept its distance from the state and cooperated with the state’s victims.

However, it chose to govern the state instead of transforming it after 2011. It opted to become the state itself. It parted ways with those victims it no longer needed: first, liberals and liberal leftists and eventually, the Community.

Move away from the state and be free

Turkey’s political history shows that those groups that keep their distance from the state, regardless of their identity or political ideology, advocate freedom, while those who draw nearer to the state become more authoritarian. This is what the AK Party is currently experiencing.

Today the Community is the state’s other. And traditionally, the state knows who to cooperate with against whom. One of the most beneficial consequences is that the Community has engaged in political activities both individually and as a group.

For this reason, Ruşen Çakır’s article, “The Community on the brink of a new era: civil disobedience” (July 24, rusencakir.com) and the Taraf newspaper’s story “The Community in protest for the first time” (July 26, taraf.com.tr) are two texts that complement each other.

I hope this development fosters and increases the liberal and freedom-oriented attitude the Community has so far institutionally adopted in the civil society, media and academic spheres. At the same time, this may trigger a process of self-criticism as well. This is because it is impossible to carry out democratization via the state apparatus. Hopefully the Community has seen the difficulty of democratizing Turkey via public institutions. Indeed, what should be done is organize the political structure through a down-top approach.

This entails that members of the Community individually engage in political activism.

It is high time that all the others of the state unite on the common ground of democracy.

The first test may be the presidential election.