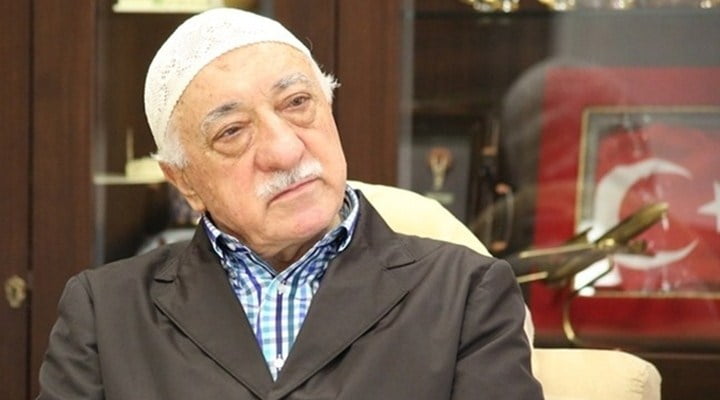 “I truly appreciated his remarks about social peace in Turkey,” said Professor İzzettin Doğan, the head of the Alevi CEM Foundation.

“Whatever Mr. Gülen said to me about Alevis for the last 15 years, I see he stood behind those words,” he noted, recalling that Gülen proposed a construction of a mosque and a cemevi — an Alevi house of worship — in the same complex in an effort to strengthen the bonds between the Alevi and Sunni communities in Turkey, in an interview run by Radikal daily 15 years ago.

“He has been doing great service in an effort to remove discrimination between Alevis and Sunnis,” Doğan said, stressing that Alevis must be granted their constitutional rights.

Criticizing Turkish Prime Minister Recep Tayyip Erdoğan’s relentless verbal attacks against Gülen, Professor Doğan said government arguments do not seem to be convincing at all after 11 years of working together.

“If we are going to live together and establish a common living space, then we will accomplish this by respecting each other’s values,” he said. Hortoğlu underlined that Gülen, as an important Sunni religious figure, made a big contribution to dialogue between Alevis and Sunnis.

Nazlı Ilıcak, veteran journalist and author, said she agrees with Gülen’s explanations in the interview 100 percent. Citing her findings from a book “Her Taşın Altında ‘The Cemaat’ mi Var?” (Is the “The Movement” Behind Everything?), which was published by Doğan Books in 2012, Ilıcak said the government has been involved in corruption and wanted to blame the corruption on the Hizmet movement. She said she was especially struck by Gülen’s following comments:

“If among those who conducted the graft investigations were people who might be connected to the Hizmet movement, was I supposed to tell these people, ‘Turn a blind eye to the corruption charges’?” Gülen asked, adding: “It appears to me that some people were expecting me to do this. Did they expect me to do this? How can I say something that would ruin my afterlife? How else can I act?”

Ilıcak recalled that generals who had tried to stage a coup in Turkey had also used the Hizmet movement as a scapegoat for their conspiracies during the trials concerning Ergenekon — a clandestine crime network that has alleged links within the state and is suspected of plotting to topple the government — OdaTV and the Hrant Dink murder. “Those probes and trials were presented as if they were a conspiracy instigated by the Gülen movement through manipulative or misleading media reports,” she said.

The veteran journalist said he also agreed with Gülen, who said, “What we are seeing today is 10 times worse than what we saw during the military coups.”

“During the Feb. 28, 1997 post-modern coup, there was still some sensitivity despite widespread injustices,” she said, stressing that Erdoğan feels he has been cornered by corruption allegations and attacks Mr. Gülen out of desperation.

Independent deputy and former Culture and Tourism Minister Ertuğrul Günay said Gülen has contributed in broadcasting the truth to a wider audience with his softer-toned remarks. He added that Gülen’s advice for patience and steadfastness, despite relentless and vicious attacks by Erdoğan that nobody with a clear conscience could accept, was an important contribution to social peace in Turkey.

Orhan Kemal Cengiz, a human rights lawyer and journalist, underlined that it was important for a religious person to emphasize in great detail on rule of law and democracy. He also said there is a sharp contrast between the harsh rhetoric employed by Erdoğan and what Gülen said in a mild-mannered and reconciliatory tone. “Gülen is an actor in new Turkey while Erdoğan speaks from the old Turkey,” he said, stressing that Erdoğan has become a burden on the nation.

Mustafa Kamalak, the leader of Felicity Party, agreed with Cengiz in the sharp contrast in tone between Gülen and Erdoğan. “This country needs peace and brotherhood. Thank God, Mr. Gülen has given messages in that respect. Recalling that he said, “One drop of blood is not worth a lifetime in the kingdom” during the May-June Gezi Park events where anti-government rallies were held in protest of government construction plans in a green park in İstanbul’s Taksim square, Kamalak said Gülen also repeated almost the same comments in the interview.

Ümmet Kandoğan, a former deputy from the True Path Party (DYP) who participated in a failed presidential vote in Parliament in 2007 in spite of a party decision against participating and became a national hero overnight, said he appreciated Gülen’s call for patience and calm in a very tense environment in Turkey. “He kept his calm and urged common sense, saying that this tense period will be over soon and better days will follow,” Kandoğan remarked.

Recalling that he battled with oppression during the Feb. 28 coup period, Kandoğan said today’s pressure and oppression were not experienced even during those days in the late 1990s.

Despite an outcry from parents, educationists, bar associations and political figures, the Ministry of Education has been continuing its questioning at private schools, prep schools and dormitories across the country to quiz students and teachers about their perception of the government and its officials, which critics say is aimed at profiling those students and their families and intimidating critics of the government.

Kandoğan said these illegal and unconstitutional raids in schools, dorms and prep schools were not seen even in coup periods.

Yılma Durak, a well-respected figure among nationalists in eastern Turkey and one of the political prisoners held in prison by the junta in the 1980 military coup, said Erdoğan wants to hush up corruption and theft by defaming Gülen. He said Gülen talked about Turkey’s problems in the interview with a very good manner. “Gülen is open to dialogue with everyone,” Durak said.