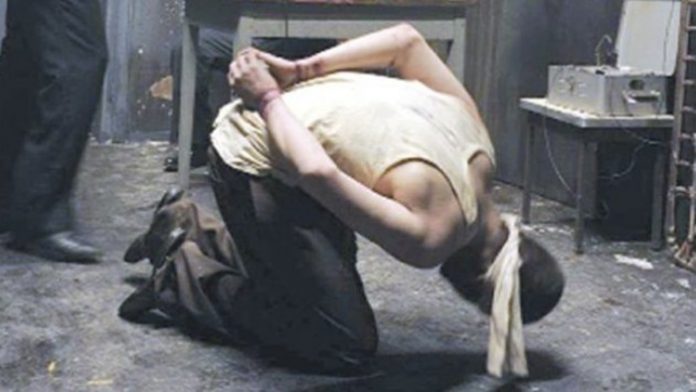 In the latest of firsthand letters revealing the re-emergence of torture in Turkish prisons, an Antalya arrestee reportedly said he was beaten so badly that he blacked out for some time and was also threatened with rape.

Detained after a routine police check on Jan. 5, Z.G. spent 12 days in detention at the Antalya police station before he was ultimately put in pre-trial detention, according to online news website Aktif Haber. He is accused of membership in a terrorist organization, the most common charge the Turkish government has resorted to when detaining 97,000 people in the aftermath of a July 15 coup attempt.

“I was sitting with my Ph.D. student friend and my advisor at a restaurant in Yakut Bazaar near Akdeniz University on Thursday. We were stopped by the police after we left the restaurant. … They forced me and my friend into a police car without any explanation,” Z.G. said, adding that he was beaten by a group of policeman at the Antalya police station’s department of anti-smuggling and organized crime.

“I was lying still on the floor, shocked by what just happened to me. …. Meanwhile they were swearing at me: Son of a bitch,” he said.

The letter was published by Aktif Haber with a picture of a piece from a handwritten text, believed to be Z.G.’s, on April 4.

Z.G. said police officers were asking him to give up the structure of the terrorist organization he was accused of being a member of.

“Then they made me assume the  dog position. … One of them, named Rafet, started sliding a baton between his thumb and forefinger and threatened me: ‘I will drive this baton in and out of your butt for 30 days, I will leave you near the homosexuals on Antalya’s 100th Boulevard’.”

“I will do the same to your wife,” Rafet reportedly continued.

Z.G. said police officers turned on air conditioners to make the holding cell uncomfortable and that he got sick in the end.

On Oct. 27 of last year, in a 43-page report titled “A Blank Check: Turkey’s Post-Coup Suspension of Safeguards Against Torture,” Human Rights Watch documented 13 specific abuse incidents concerning Turkey’s post-coup detainees. The alleged abuse cases ranged from the use of stress positions and sleep deprivation to severe beatings, sexual abuse and the threat of rape.

Human rights group Amnesty International also reported on July 24 that it had received credible evidence of detainees in Turkey being subjected to beatings and torture, including rape, since a failed coup on July 15.