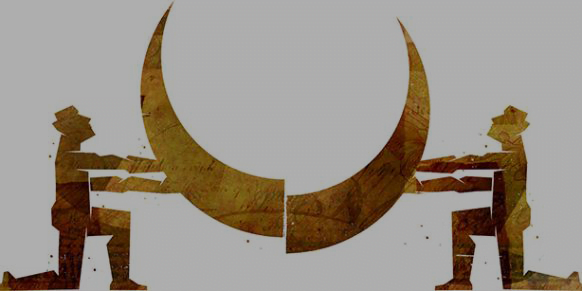 Turkey’s tryst and predicament with political modernity, which started with the Tanzimat (Reformation) Era of 1839-1876 and developed more vigorously in the form of the Kemalist revolution in the early 1920s, continue to be illusory, notwithstanding substantial progress that has been made.

Turkey has remained stuck in a state culture of authoritarianism, like many nations in the post-colonial era. This culture of authoritarianism is currently personified in Prime Minister Recep Tayyip Erdoğan. What is tragic is that the political force credited with advancing democracy in Turkey, the Justice and Development Party (AK Party), is currently undoing many of the democratic gains made during the last decade.

All of Erdoğan’s recent acts reflect a serious deficit of democracy in the ruling government. These acts include making bogus claims of a parallel structure; targeting institutions linked to Fethullah Gülen‘s Hizmet movement; embark on a massive reshuffle of thousands of officials without any reasonable grounds; changing the structure of the Supreme Board of Judges and Prosecutors (HSYK) to subjugate the judiciary; openly interfering in the media; strengthening the National Intelligence Organization (MİT) and bringing it under the direct control of the prime minister; banning Twitter and YouTube; and speaking with a threatening, bullying and polarizing tone.

What is sustaining this state culture of authoritarianism in Turkey? What has allowed the Erdoğan government to indulge in a series of anti-liberalization and democratization measures with such remarkable ease and speed? What allowed the Erdoğan government to win the March 30 municipal elections with an increased share of the vote despite corruption charges against it and obvious anti-democratic activities? How can one explain the hostility of the current government against the Hizmet movement, which was supposedly closely associated with the AK Party until very recently? These are some questions that the Turkish intelligentsia and people are currently debating.

It appears that the people’s preference for AK Party-led urban municipal administrations for the last three terms is due to a combination of many factors: the consistently good performance of AK Party-led local administrations; an absence of any viable political alternative; and a collective sentiment that, notwithstanding corruption allegedly involving Erdoğan and his associates, the good days haven’t yet ended. This set of factors needs to be considered in the current setting, in which Erdoğan and the AK Party have come to represent, in the eyes of the people, a “Muslim Turkey” against a “Kemalist Secular Turkey” that dominated and oppressed the former for many decades.

The rise of “Muslim Turkey” under the political leadership of Erdoğan and the AK Party along with the social leadership of the Hizmet movement has provided a new sense of identity, freedom, respect, recognition, social equality, dignity, economic well-being, confidence and upward mobility. Furthermore, a vast number of “Black Turks” — Turkish Muslims from central Anatolia — have recently begun to identify with government institutions that had formerly seemed distant or even alien to the majority of Turkish Muslims. The metaphor of Black Turks representing religious, marginalized and oppressed Turkish Muslims and “White Turks” representing the dominant secular beneficiaries of the Turkish Republic and the “deep state” runs deep in Turkish society.

Social gains in terms of identity, respect, recognition, equality and identification with the government are sufficient ideological justification to secure the support of Muslims in Turkey for a long period of time regardless of economic hardships, unless the enormity of the economic hardships is such that people can no longer afford to live decent lives. At that point, issues of corruption, authoritarianism, democracy and justice start to become a factor, resulting in a significant number of people losing confidence in the government and withdrawing their support. Given that context, there is no reason to speculate that a good number of Muslims in Turkey would withdraw their support from Erdoğan at a juncture when the government is considered to have ensured a relatively democratic style of governance, social reforms and economic well-being. For this reason, a bulk of Hizmet supporters — aside from the hardcore activists — voted for the AK Party.

A dominant feature of Turkish politics, at least until the mid-1980s, was a kind of conspiracy-theory paranoia that depicted Turkey as the perpetual victim of a global conspiracy, thus requiring a strong leader, unity, solidarity and protection. The theory reinforced the idea that only a strong leader like Erdoğan could protect a threatened Turkey. Even a good number of Hizmet movement volunteers viewed the Gezi Park protests of 2013 as a “conspiracy” to destabilize a “rising Turkey.” It is not without reason that Erdoğan has found it politically convenient to turn the corruption charges into a political conspiracy — the largest ever, he claims — jointly hatched by the Republican People’s Party (CHP), the Nationalist Movement Party (MHP) and Pennsylvania. Furthermore, he has constructed a political narrative involving a threat from “Secular Turkey” supported by America via Pennsylvania — namely, Gülen as an agent of America — against “Muslim Turkey.”

Sharing the generally besieged mentality of the Turkish masses, the Muslim segment of Turkey has deeply felt a need to rally behind Erdoğan’s indirect call to save “Muslim Turkey” from the conspiratorial threat of “Secular Turkey” in order to save the newfound privileges granted under the latter. What is surprising to me is that the conspiracy-theory paranoia — a discourse from the old Kemalist Turkey — continues to find acceptance in a relatively more open and increasingly globalized Turkey. On the other hand, neither of the main national opposition parties — the CHP and the MHP — is perceived as sufficiently democratic when compared with the AK Party, given their past records. Nor are they considered strong enough to mobilize people against the government on issues of corruption and dysfunctional democracy.

Moreover, people everywhere continue to define secularism and democracy in economic terms, such as economic well-being or improving standards of living. Other “soft” dimensions of democracy, such as human rights, civil liberty, freedom of press and judicial independence, have either been considered of secondary importance or unrelated to everyday life, which mostly revolves around dignified access to basic needs.

Until the time when secularism and democracy become a source of national identity and value, which will require long-term historical processes through which all stakeholders and groups agree on political values as a framework in which to negotiate over their material interests, the meaning and value of these ideas will be determined in the context of political economy.

In the specific context of Turkey, secularism has emerged as a national identity and value; however, democracy has yet to acquire the same status. Secularism, not democracy, was one of the six principles of Kemalism. All military interventions in Turkey — in 1960, 1970, 1980, 1997 and 2004 — have been directly or indirectly legitimized in the name of protecting the secular character of the Turkish state, not in the name of saving democracy. In terms of political economy, a “Secular Turkey” representing the minority White Turks has, over the years, developed a monopoly over national resources through effective control of the army, judiciary and bureaucracy. They have preferred a state-centric, secular, authoritarian mode of governance in order to keep the Black Turks from sharing in the national resources.

They were cautious and reluctant about — and even opposed to — introducing democratic reforms and joining the European Union because such measures and processes would not only eclipse the power of their representative institutions — the army, judiciary and bureaucracy — but would also entail a democratic distribution of national resources and opportunities. And even if they supported democracy, the preferred vision has been one of a “controlled democracy” with elections and a “loyal opposition” to ensure the subordination of the elected to the unelected. Only the tag of democracy has been required for Turkey to retain its image as a modern nation. It is paradoxical and tragic that the very forces and vanguards that cherished the idea of making Turkey a Western European nation came to fear — and unsuccessfully block — the emergence of a democratic Turkey.

On the other side of the spectrum, “Muslim Turkey” — represented predominantly by the AK Party and the Hizmet movement — has demanded a thorough democratization of the Turkish state. They came to the forefront of Turkey’s EU bid in order to decouple the military from public life. The AK Party played the European Union card pretty well, and to a large extent succeeded in demilitarizing the public sphere and delegitimizing military institutions by sending former army chief Gen. İlker Başbuğ to prison in the Ergenekon trial. Thus, the much-hailed democratic experiment in Turkey over the past decade has functioned as a disciplinary tool for the state to use on the military establishment, similar to how secularism has been used as a tool for control.

In one context, democracy has been required to consolidate Erdoğan’s regime; in another context, anti-democratic measures have become essential for the survival of his regime. Thus, the democratic experiment in Turkey is also linked with the politics of regime survival, much like Middle Eastern politics, where the expansion and contraction of democracy is dependent on the politics of a regime’s survival.

*Anwar Alam is a professor at Zirve University.