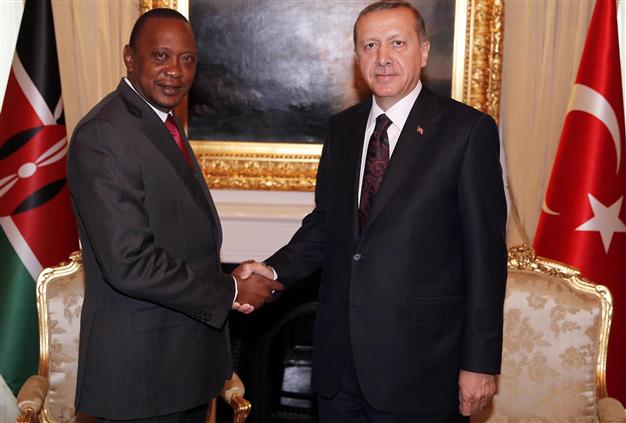 “We believe that Turkey’s investments in Kenya are extremely positive. We want even more Turkish investors and Turkish companies to come to Kenya and reach out to the whole of Africa, beyond the Kenyan market,” Kenyatta said on April 8 at a joint press conference following talks with Turkish President Abdullah Gül in Ankara.

“Investments in the schools field are quite big and it is an issue that we appreciate,” Kenyatta added, also calling on Turkish investors to expand their activities into the fields of energy, infrastructure, construction, housing, tourism and textiles.

Kenyatta’s visit is the first ever presidential-level visit from Kenya to Turkey, and reciprocates Gül’s first official visit to Kenya, which took place in 2009. During his 2009 visit, Gül also attended opening of a school run by the Hizmet.

Nevertheless, on the day when the Kenyan president voiced appreciation for Gülen-backed schools, Turkish Prime Minister Recep Tayyip Erdoğan suggested that, through his March 30 local election victory, the Turkish people had given the mandate to his ruling Justice and Development Party (AKP) to eliminate what he calls the “parallel state.”

AKP officials repeatedly accuse members of the Gülen community, also known as the Hizmet Movement, of infiltrating the police and the judiciary of plotting against the government.

The Gülen movement has recently cited various examples of official Turkish pressure on foreign governments to shut down Gülen schools, a key source of its influence and revenue at home and abroad. It says the government has recently moved to discourage Hizmet-linked commerce from engaging in projects from banking to construction.