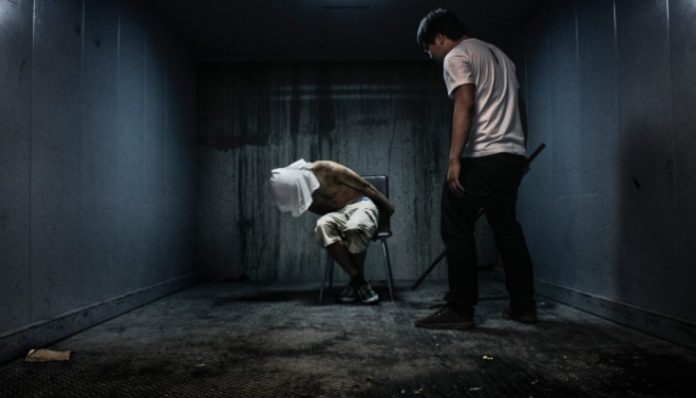 Ömer Faruk Gergerlioğlu, a deputy from the Kurdish Peoples’ Democratic Party (HDP) and a renowned human rights activist, raised the issue from his Twitter account on Sunday, tweeting, “There are claims of acts of heavy torture including inserting a truncheon into someone’s anus on former Foreign Ministry staff who are currently under detention at the Ankara Police Department’s financial crimes department.”

Gergerlioğlu said some 100 people were in custody and asked the Interior Ministry to explain the claims of torture.

The detainees are believed to have links to the Gülen movement, which is accused by the Turkish government of masterminding a failed coup attempt on July 15, 2016. The movement, inspired by the views of US-based Islamic cleric Fethullah Gülen, strongly denies any involvement in the failed putsch.

Following the coup attempt, the Turkish government launched a massive crackdown on followers of the movement on the pretext of an anti-coup fight as a result of which more than 150,000 people were removed from state jobs while in excess of 50,000 others were jailed and some 600,000 people have been investigated on allegations of terrorism

Gergerlioğlu also submitted an inquiry in parliament about the allegations of torture of the former diplomats.

In the inquiry the deputy said a special team from the National Intelligence Organization (MİT) is claimed to have carried out the acts of torture on 20 of the diplomats under detention in Ankara.

“One of the diplomats passed out when a truncheon was inserted into his anus and was taken to a hospital, and the torture continued there. His head was banged on the wall. A medical report claiming no acts of torture or maltreatment was issued, but photos prove that he was physically tortured,” according to Gergerlioğlu.

The detainees are also allegedly forced to sign depositions prepared in advance.

According to the Turkish media, the detention of the former foreign ministry staff is an attempt to intimidate former Foreign Minister Ahmet Davutoğlu, who is claimed to be preparing to establish a rival party to his former Justice and Development Party (AKP).

A Turkish state-run educational foundation has signed memorandums of understanding with 26 countries in Africa to take control of schools belonging to people from the faith-based Gülen movement. The Maarif Foundation is claimed to have been established to spread President Recep Tayyip Erdoğan’s Islamist ideology abroad.