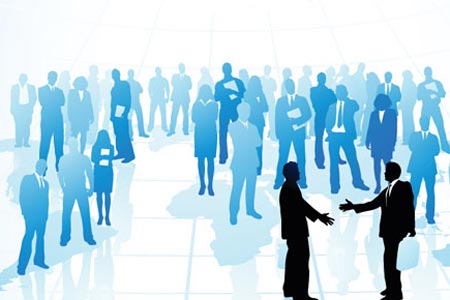 They are an unusual group of Turkish businessmen endowed with a strong work ethic, a great spirit of public service, and who revel in camaraderie. Many of them are young first generation “capitalists”, emerging from humble backgrounds and hailing from the small towns and villages of Anatolia — once disparaged by Europhiles as the “backward” Asiatic part of Turkey.

At their seventh floor office of the World Business Development Association (ISGED) in Istanbul, it is not unusual if business meetings are held as early as 7 am. Over breakfast, at the tastefully decorated banquet hall, aspiring businessmen, wanting to venture out in opaque parts of the world — Africa and Central Asia are in flavour these days — share experiences and work out strategies.

A full support system for these small and medium entrepreneurs has been worked out — advice and loans from affiliated banks and a full bouquet of helpful contacts that will help them navigate their way in the unfamiliar terrain of a foreign land.

Most of these “Anatolian Tigers” as they are called because of their roots in Anatolia are practising Muslims, but are not demonstrative about their religiosity. “You will notice that our meetings are seldom interrupted because we need to break for prayer as a group. Quietly individuals will leave to pray and return and the process gets repeated,” says Sadan Yavuz ISGED’s Secretary General. But the soft “Sufi Islam” that the Anatolian Tigers practise does quietly help in promoting business. Most of the Tigers form an active core of the Gulen Movement (aka Hizmet movement), headed by Fethullah Gulen. Gulen’s message of piety, inter-faith harmony, secularism and enterprise, is being passed across the globe through various ways, but most prominently through high quality schools that have found a home in around 140 countries across the world.

The top floor of most of the Gulen buildings has “guest rooms.” It is usually here that a travelling Anatolian entrepreneur finds shelter and psychological comfort before tackling the tough world of hardnosed commerce. The careful preparations for advancing their businesses are paying off. Not long ago, Turkey’s new middle class was known for the excellence that it had achieved in the world of textiles and furniture.

Today, flushed with high-octane success, the sky seems to be the limit. Information Technology, biotechnology, nuclear energy and pharmaceuticals are the next frontiers that are to be breached. India seems to be a natural partner as the Turkish economy advances, and the idea of a re-engagement with India is beginning to home in — at least among the pious ranks of the Anatolian Tigers.

Parents of four Bedia Baş and Abdülkadir Baş, who were arrested on terrorism charges in the aftermath of a failed coup attempt in Turkey in 2016 due to their alleged links to the Gülen movement, were not allowed to see their children during the first nine months of their incarceration.

The wife of one of the teachers detained in a government-led operation against people deemed to be affiliated with a civil society organization demonized by the ruling party was asked to provide false testimony against those in custody in exchange for having her husband released.