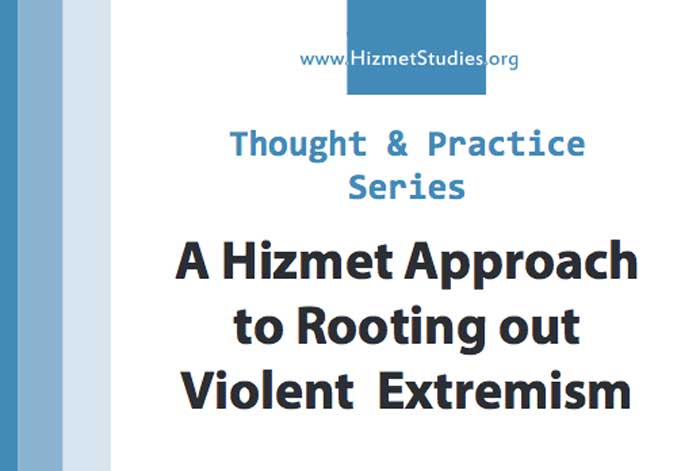 The Centre for Hizmet Studies is delighted to launch its latest report titled ‘A Hizmet Approach to Rooting out Violent Extremism’ by Ozcan Keles and Ismail Mesut Sezgin. This is the second publication in the ‘thought and practice’ series, the first being ‘Gulen on Dialogue’. The series aims both to contribute to a more nuanced understanding of Hizmet’s thought ad praxis on significant contemporary issues such as tackling violent extremism, the Kurdish issue or political Islam.

This report targets researchers, policy makers and media interested in devising policies and strategies to prevent violent extremism. Please see below for the reports ‘Executive Summary’. The report can be downloaded in full for free from the link below.