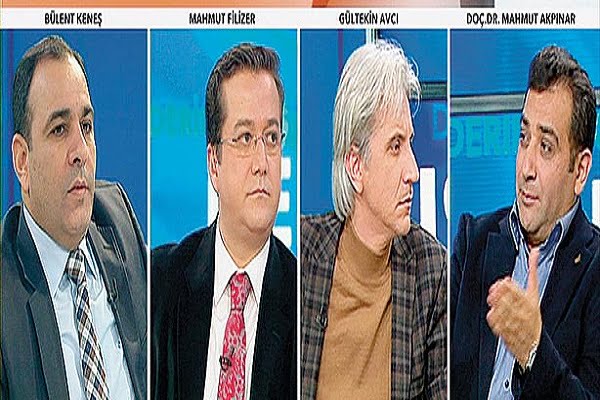 As part of the government’s efforts to derail a graft probe that has rocked the government, media outlets that have been publishing and broadcasting reports about corruption in the government are being penalized by state authorities on various grounds.

RTÜK’s recent warning was met with a harsh reaction from Metin Yıkar, news editor of the Samanyolu Haber news channel, who said the recent warning against Samanyolu News TV and the penalty imposed on Bugün TV show how a regulation that was adopted with the intention of ensuring equality of opportunity between political parties during election periods is being manipulated by pro-government circles.

Yıkar said: “There is currently a general perception that those who broadcast in a way that is not approved by the government are being punished. They [RTÜK] don’t say, ‘You are lying’ or ‘You are being slanderous,’ when they impose those punishments. We as Samanyolu News TV only broadcast what the allegations are, and we are trying to fulfill the requirements of our profession with a sense of responsibility. There is no other thing Samanyolu News TV is doing.”

Stating that the RTÜK penalties are heavy, Yıkar said there are some TV channels that are always broadcasting biased programs, adding: “Those channels are broadcasting lies and baseless slander during their programs. RTÜK is doing nothing against those TV channels, but it issues a serious warning against Samanyolu News TV, which is known for its fair broadcasting.”

The Supreme Election Board (YSK) last week asked RTÜK to impose a one week suspension of broadcasting for news program “Gündem Özel” (Special Agenda), which is shown on Thursday evenings on Bugün TV, on the grounds that the program was “biased,” and a documentary on Turkish birds will be broadcast in its place.

The YSK decided on a one-week broadcast suspension for the program due to biased broadcasting, which came after a previous warning on the same issue to the television channel.

According to Tarık Toros, the host of the program, the YSK’s penalty — upon the suggestion of the RTÜK — is an act of intimidation against media outlets that are bringing the corruption issue before the public.