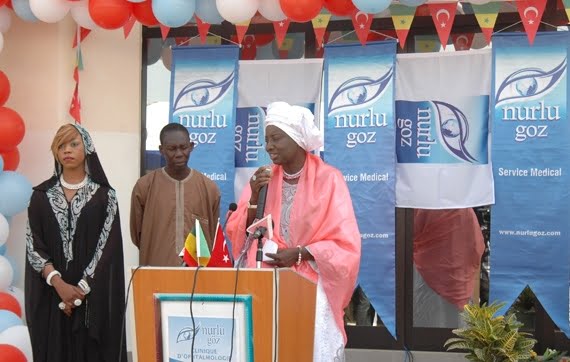 An eye hospital that was built and equipped by Turkish entrepreneurs in Senegal was opened with a ceremony on Wednesday. Senegalese Prime Minister Aminata Touré and Turkish Ambassador to Senegal Zeynep Sibel Algan also were among scores of guests at the opening ceremony.

The hospital that was built within the scope of Turkish Confederation of Businessmen and Industrialists’ (TUSKON) African expansion program will be the most modern eye hospital in Western Africa.

Despite the hospital was opened officially today, it has been serving patients since November 2013.