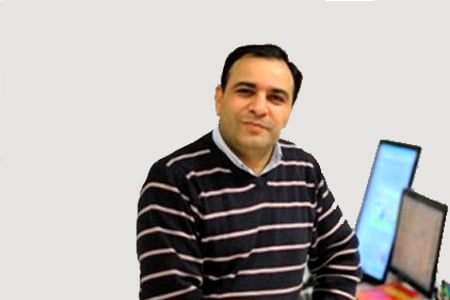 For some time, Turkey has been obsessively talking about an alleged contention between the ruling Justice and Development Party (AKP) and the Hizmet movement (aka Gulen Movement). This matter is being discussed in dozens of newspaper columns and TV programs every day. The Hizmet movement’s demands are about principles. These demands can be summed up as improving democratic standards and fundamental rights and freedoms, ensuring transparency and accountability in government and eliminating all tutelary influences over the general public’s will.

First let us discuss whether these are the correct questions. I don’t think these frequently voiced questions are fair or correct. Indeed, you may or may not be aware that the Hizmet movement has always positioned itself away from politics. So far it has never established organic ties with any political party nor has it assumed animosity against one. Yet, it has opted for lending support to the policies which it believes are beneficial to the nation and country as well as to the democratization process and it has done this irrespective of who has originated those policies. And it has raised timely objections to the policies or bills which it deems harmful to the interests of the country and the nation regardless of who has formulated them. This was the case in the past and it is still so today. To claim otherwise is absurd. If you don’t believe it, you may recall how fiercely the Hizmet movement had objected to the counter-terrorism bill, drafted by the AKP during the time Cemil Çiçek served as Justice Minister.

As you’ll easily recall, the Hizmet movement has been labeled unfairly as pro-AKP until very recently because it has lent support to the policies that are favorable to the well-being of the nation such as the passing of legislation for harmonization with the European Union (EU) acquis, the combating of deep-state networks such the Ergenekon terrorist organization — a clandestine organization nested within the state trying to overthrow or manipulate the democratically elected government — as well as with the juntas embedded within the military, and the raising of the bar on fundamental rights and freedoms. Today, on the contrary, it is being marketed as anti-AKP just because it has started to criticize the ruling AKP for the slowdown in its democratization and reform efforts. And it is tagged as the enemy of the AKP as, in addition to the slowdown in the reform process, the Hizmet movement raised objections about how the government handled the Uludere tragedy — in which 34 civilians were mistaken for terrorists and killed by military air strikes in Şırnak’s Uludere district due to false intelligence — and the match-fixing bill; more recently, it opposed the ruling party’s intention to abolish or restrict specially authorized courts/prosecutors by amending Article 250 of the Code of Criminal Procedure (CMK) although these courts/prosecutors are still needed in the fight against juntas and terrorist organizations. Yet, the Hizmet movement never blindly supported the AKP in the past nor does it oppose the AKP purposelessly today. For some reason, some people tend to overlook the fact that the Hizmet movement’s backing or opposition is always policy-based. The Hizmet movement is not against any political party and its criticisms of the ruling AKP are not targeting its very presence.

As for the second question, one can hardly assert that there was/is any coalition between the Hizmet movement, a civil society organization (CSO), and the AKP, a political party. Those who insist on such a coalition between the two dissimilar phenomena are mixing apples with oranges. Furthermore, if there were a coalition between the two groups, shouldn’t we expect a bargain or a deal between them? Is there any concrete evidence as to the existence of such a bargain or deal between the Hizmet movement and the AKP about any matter? Moreover, a coalition also implies that the power is shared between coalition partners. As far as I know, all of the Cabinet members are from the AKP. Is there any minister whom we can pinpoint as affiliated with or close to the Hizmet movement? All the more, why should a ruling party share its political power with a CSO? I don’t think there is anyone who can give a reasonable answer to this question. In other words, there is not a trace of concrete evidence that the Hizmet movement has established a coalition with the AKP or that the political party is intending to share its political power with this CSO. What do have instead? A flurry of nonsensical claims, unfounded accusations, unfair smears, delirious hallucinations and frantic black propaganda.

Well, with this in mind, you may ask, “What is really happening?” Let me answer it straight: The Hizmet movement as a civil society or social pressure group, so to speak, is voicing its expectations of politicians, just like what other social groups are doing. These expectations, of course, do not consist of demands, normally voiced by interest groups or big corporations, such as “Award us with the contract of that tender,” “Grant us that state incentive” or “Allocate us a certain number of staff positions at that public organization,” etc. As I said above, the Hizmet movement’s demands are about principles. These demands can be summed up as improving democratic standards and fundamental rights and freedoms, ensuring transparency and accountability in government and eliminating all tutelary influences over the general public’s will.

There is nothing more natural for a civil society movement than making such demands of a political party ruling the country on behalf of the social groups it represents. It is nonsensical to accuse this civil society movement unfairly and falsely of exerting tutelage over the ruling party just because it makes these demands or criticizes some policies, practices or tendencies it deems wrong. Social groups who have voted for the AKP to support its efforts to boost the country’s democratization and expand the civilian sphere and transparency in public administration are today voicing some constructive and well-meaning criticisms of the AKP out of their concern for its tendency to deviate from these targets. Don’t they have this most natural democratic right?

Is it that what some segments that make a point of reinforcing their organic ties to the AKP as part of a deal to share the party’s political and economic power understand from democracy is “vote for this party and do not meddle with the rest”?  Are they telling us, “We only need your votes, not your opinions”? There is something these groups whose quest for wealth and power overshadows their love of homeland forget: In an advanced democracy and pluralistic civil society, there will be those who like the government’s policies and those who don’t like them. These criticisms may come not only from those groups who are totally against the ruling party, but also from those groups who vote for that party but who don’t like the deviations from its targets.

It is our wish that the AKP should harken, as it did in the past, to these fair criticisms and concerns raised by these social groups on which its political power has been built for the last 10 years. And it should take into consideration these criticisms and refrain from policies, practices, and tendencies that upset its voters. What will happen if it does not? Whatever happens in a true democracy will happen. That is, they will get whatever they deserve in the first election.