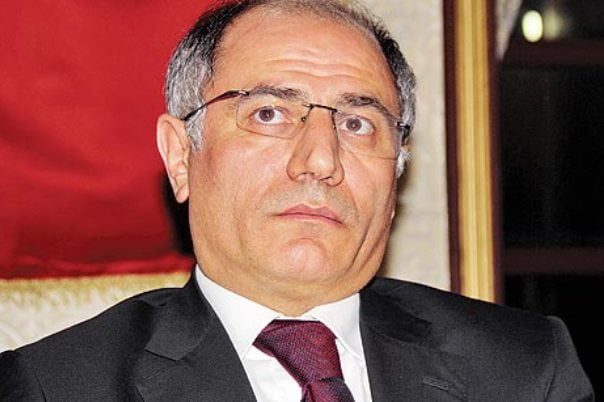 “Documents with information regarding candidates for the post of tax inspector, kept on bureaucrats’ computers at the Turkish Tax Inspection Board (VDKB), have been obtained by Taraf and confirm the existence of profiling based on color lists,” the daily said. The publication comes in response to a denial of such a practice by Interior Minister Efkan Ala, following a previous report by the newspaper on Monday.

The document Taraf claims to have features evaluation notes about tax inspector candidates who sat for an entrance exam for the VDKB, part of the Ministry of Finance, in late 2013. The daily claims that the document, a one-page print-out, profiles candidates by categorizing them in blue and red.

According to the report, attention is drawn to the fact that the candidates are categorized as red expressions such as “Registered in Diyarbakır [a mainly Kurdish province],” or “Father’s name is Ali Haydar,” apparently based on the assumption that the person concerned is Alevi — Alevism being considered an unorthodox Muslim sect different to Sunni Islam, the majority religion in Turkey.

In this system, members of the Hizmet movement — inspired by Turkish Islamic scholar Fethullah Gülen — along with sympathizers of the main opposition Republican People’s Party (CHP), those who took part in the Gezi Park demonstrations and Kurds are placed in the red list.

There are also blue and green lists, according to Taraf, for approved candidates, with blue lists consisting of candidates closely affiliated with the ruling Justice and Development Party (AK Party) and those who were “brought up” by the National Youth Foundation (MGV).

The document is alleged to contain evaluations of the candidates; “While those candidates who are members of the İlim Yayma Cemiyeti [a religious association with possibly close ties to the ruling party] are put in the blue list in the document, those who are maintained to be nationalist, Alevi or Kurdish are accorded the red color,” Taraf said on Wednesday.

Taraf’s report also says that some candidates who sat for entrance exams have managed to obtain the profiling data kept about themselves and are preparing to file a lawsuit against top officials in the Ministry of Finance.

The report listed in detail some of the evaluations, allegedly kept hidden on the computers of a very limited number of top bureaucrats of the Ministry of Finance:

M.S.: Got 79 [points] on the written exam. Was put into the blue list since (s)he is from İlim Yayma Cemiyeti.

Ö.G.: Got 86 points on the written exam. Of Kurdish origin and from Muş [province]. Definitely negative [opinion]. Was put on the red list.

A.Ç.: Got 80. As the name of his/her father is Ali Haydar, (s)he was given a negative evaluation and was put on the red list.

The daily has further claimed that many public institutions have been engaged in profiling candidates using color lists. “Following Taraf’s report… a [cleansing] operation was carried out in the Presidency of the Tax Inspection Board of the Ministry of Finance,” the report said. “Some notes and relevant information stored on some bureaucrats’ computers have been deleted,” the daily alleged.

Furthermore, a similar system of profiling candidates also takes place in other public institutions. The evaluation documents are prepared based on information obtained through the Prime Ministry’s Office, ministries to which the various public institutions are subordinate and through provincial organizations of the ruling party.

Speaking at a press meeting in Ankara on Wednesday, CHP spokesperson Haluk Koç likened Interior Minister Efkan Ala to Joseph Goebbels, infamous minister of propaganda of Nazi Germany, based on the recent claims that the government recruits public sector employees using “color lists” to avoid employing, among others, CHP sympathizers.

Referring to recent remarks by Ala, who had described the claims as rumors, Koç said: “The interior minister, who acts like Goebbels, said documents need to be provided [to prove the claims]. Documents have been published; blue, red, green [documents]…”

Harshly criticizing Ala for discrimination against Turkish citizens, Koç added: “How in the world could you [categorize and] divide people into Kurdish, Alevi, nationalist?”