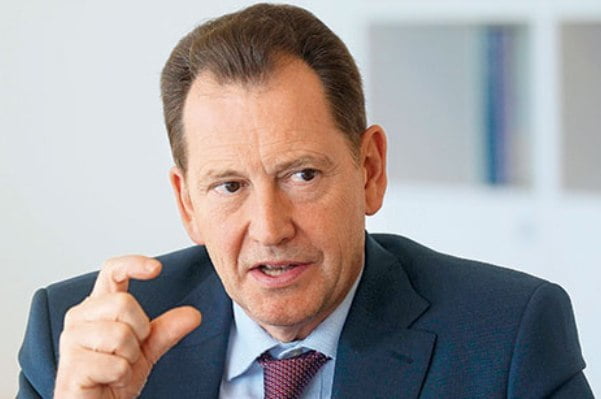 In a letter sent to The Economist last week, Sir Graham Watson — a veteran member of the European Parliament — has criticized the Turkish government led by Prime Minister Recep Tayyip Erdoğan for being authoritarian in its relations with media, business world and towards anti-corruption protests.

Below is Watson’s letter, which includes his views over developments in Turkey:

Charlemagne showed how Turkey’s corruption scandal is fast undermining confidence in Turkish democracy at home and abroad. A referendum in 2010 found 58 percent of Turkish voters in favour of a new civilian constitution: It has not yet been drafted. The impressive energy behind a 10-year reform process has evaporated. A new authoritarianism can be seen in the government’s relations with business and the media, and towards protests.

Graft charges brought against people close to Recep Tayyip Erdoğan, the prime minister, are dismissed by him as an attempted coup d’état. In clear disregard for the separation of powers he has put pressure on the prosecutors leading the case and sacked or reassigned scores of high-ranking police officers. Allegations of a “foreign plot” blamed on his former reformist allies in the Gülen movement allow Mr. Erdoğan to paint himself as victim rather than villain.

The government’s proposal to restructure the High Council of Judges and Prosecutors, the body responsible for judicial appointments, as a response to the ongoing investigation sparks concerns that the executive is seeking a tighter grip on the judiciary. Mr. Erdogan’s instruction to his diplomats to tell the world that Turkey is the target of “treachery” is unlikely to allay those concerns.

He should know that the only legitimate way to expose conspiracy is to carry government onto the liberal ground of transparency and accountability. The path he is treading merely reinforces suspicion of high-level corruption. Turkey needs to adhere to the rule of law and ensure that all allegations of wrongdoing are addressed. European leaders have to be clear on this.

Major media outlets in the English-speaking world have increasingly been publishing one-sided, biased, anti-Justice and Development Party (AKP) and anti-Gülen pieces. I am not sure if it is just a coincidence, but the frequency of these biased pieces has increased since the “one minute” incident at Davos. Ihsan YILMAZ, Wednesday 08 February 2012 I am […]