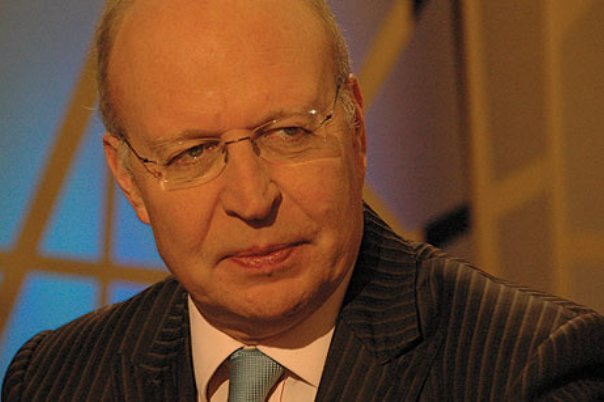 British Liberal member of the European Parliament (EP) Andrew Duff has reacted to the Turkish Sabah daily’s report on his interview on the Gülen movement, accusing Sabah of misreporting what he said on the movement and stressing that he respects Turkish Islamic scholar Fethullah Gülen‘s statements on the recent developments in Turkey.

In a written statement to Today’s Zaman, the veteran British politician, who is also the president of the Union of European Federalists, underlined that during the interview with Sabah, he also praised the “charitable works of the Hizmet movement and the fact that many honest businessmen and decent democrats were members of the movement” while also stressing the need for more transparency.

“It is very easy to be misreported in some of the less rigorous Turkish media,” said Duff in reference to Sabah’s top story on its front page on Sunday, stressing that the interview published a “selective quote” from him.

In the apparent twist by the Sabah daily likening Gülen to late Iranian Supreme Leader Ayatollah Khomeini, Duff noted, “I said it was absurd to think that he [Gülen] was planning to return like Khomeini to take over the state.”

“What I said was that in Europe, such allegations such as those [Prime Minister Recep Tayyip] Erdoğan is making against Gülen, would properly be the subject of an independent judicial enquiry. Gülen should be ready to participate in such a thing if it could be arranged in Turkey. I did not mention a court trial. But I did say more transparency was needed,” Duff told Today’s Zaman.

The Brussels-based Intercultural Dialogue Platform (IDP), whose honorary president is Gülen, has already publicly endorsed the 87th amendment of the EP’s 2013 Progress Report on Turkey, which criticizes the government’s handling of the corruption cases and also calls on the Hizmet movement to be more transparent.