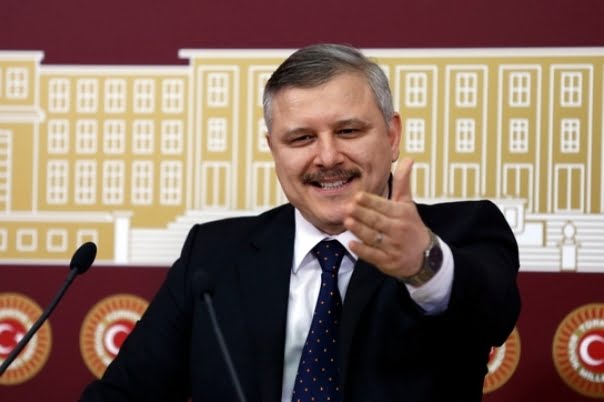 Another deputy from the ruling Justice and Development Party (AK Party), Muhammed Çetin, slammed the party for being tainted by corruption as he resigned in protest of the government’s response to a graft scandal that has implicated the sons of three ministers and businessmen close to the government as well as the chief of a state bank.

Announcing his resignation at a press conference in Parliament, Çetin said the AK Party has been tainted and turned into the “architect of a process in which the corruption is being covered up, thieves have been protected and unlawfulness has become the rule.”

“Consequently, staying in a party that has lost its raison d’être, would be sharing its sins, which is why I am resigning from this party,” stated Çetin. According to him, sycophants and those motivated by self-interest have replaced the honest Anatolian people within the party.

According to Çetin, many of his friends from the party will follow the same path and resign. In response to a question as to why he waited until now to resign, Çetin said that he obeyed the party decision to remain silent. However, “it is not possible to keep silent anymore in the face of injustice, lawlessness, corruption, bribery and the shelving of the Constitution” he said.

Çetin was referred to the party’s disciplinary committee on Jan. 16 for expulsion after he made a joke about shoeboxes in an allusion to the Halkbank manager stashing $4.5 million in shoeboxes.

He reportedly asked AK Party deputies Volkan Bozkır and Ali Aşlık about their shoebox numbers. His joke prompted other deputies to tell to the party administration, who were outraged by the joke and referred Çetin to the disciplinary committee with request of expulsion.

Resignation not linked to Fethullah Gülen

In response to a claim that he resigned on the direction of Islamic scholar Fethullah Gülen, Çetin said that although he talked to Gülen, he did not discuss his resignation or any other political subject with him. “He [Gülen] would not disrespect anyone’s political preference.” He added that Gülen was the reason why he had stayed in the party until now. “When you talked to him, you would consult with him and he would express his own opinions without any dictation,” he said.

The incident comes against a backdrop of increasing draconian measures by the ruling AK Party to stifle any opposition and critical voice within the party amid mounting intra-party dissent.

The AK Party has been shaken by resignations following a corruption probe that has rocked Turkey since it became public last month.

In December, following the resignation of three ministers and the replacement of one other in the wake of the corruption probe, former Minister of Interior İdris Naim Şahin also resigned stating that the party has been under the control of a “narrow oligarchic group.”

On the last day of 2013, the party’s Burdur deputy, Hasan Hami Yıldırım, resigned in protest of the government’s response to the graft scandal. With Yıldırım’s resignation, the number of AK Party seats in Parliament dropped to 320 and the number of independent lawmakers rose to 12.

Yıldırım slammed what he called a campaign of insults and defamation against Turkish Islamic scholar Fethullah Gülen and the Hizmet movement, criticizing the government’s description of Hizmet as a “gang.”

With the resignation of Çetin, the AK Party’s seats in Parliament have dropped to 319 while the number of independent deputies have risen to 13. Currently, the CHP has 134, the MHP has 52, BDP has 26 and HDP has 4 deputies in the parliament.

A group of police officers are reportedly waiting outside the delivery room in Niğde Hayat Hospital in order to detain Büneyye Ö. who just gave birth. According to the report, police are now at the hospital to detain the woman over her alleged links to the Gülen movement.