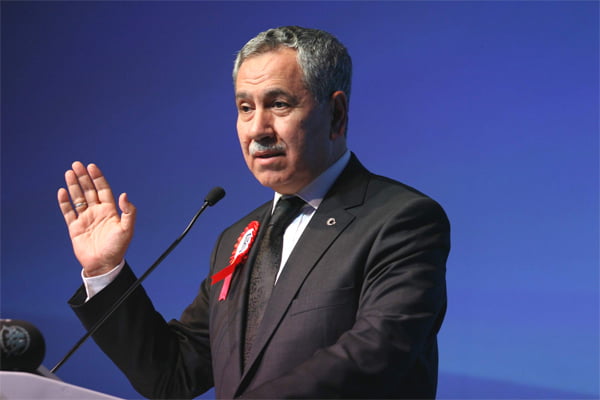 Islamic scholar Fethullah Gülen asked the Turkish government to be more careful in regional and international issues during his visit, Deputy Prime Minister Bülent Arınç said May 22 in an interview with public broadcaster TRT. Arınç had meeting with Gülen, who lives in a self-imposed exiled in Pennsylvania, on the sidelines of Prime Minister Recep Tayyip Erdoğan’s talks in -Washington. Erdoğan had confirmed that the meeting took place, calling it “a humane visit.”

Arınç emphasized that he had known the Islamic scholar personally since 1975, before he became widely known, and they had maintained a very close relationship for years.

“When I told the prime minister about my intentions [to visit Gülen], he was very pleased. ‘I wish that we could meet him as well’ he told us,” Arınç said. “The prime minister told us ‘transmit my greetings, find out if he has any instructions, any recommendations,” he added.

“I wanted to ask him by first hand to enlighten us if he had proposals or if he considered that we were making mistakes. We were together for around three hours. We talked about Turkey and the world,” Arınç said denying that there was a growing disagreement between the Gülen movement and the ruling Justice and Development Party (AKP) as suggested by the press.

“These are small problems. Some politicians or columnists say that there is coldness, envy or competition between us. I reject it.”

The deputy prime minister said that it was wrong to consider Gülen in political terms. “He is a person above politics,” he said, emphasizing that they did not expect or want Gülen openly supporting the AKP. “He is the conscience of the 75 million,” he added.

Arınç also said that Gülen appreciated the prime minister very much. “He prays for Tayyip Erdoğan,” he said. However, he also confirmed that Gülen had given some warnings to the government. “He wants us to be more careful, more vigilant on certain issues, especially to mind the language that we use. He wants us to show sensitivity on regional as well as international issues. I have noted each of his [comments] and partly transmitted them to the prime minister. I expect to tell him more when I have the opportunity to meet him for longer,” Arınç said.

Arınç said that he reiterated their invitation for Gülen to come back to Turkey, but that it was unlikely to happen soon. “I said that we could prevent rumors if he comes back to Turkey. He smiled. He is someone who burns with homesickness but for some apparent reasons he is still thinking of staying there,” he said.

Since the June 2011 elections, there have been persistent claims of a gradually growing disagreement between the government and the followers of Gülen, but this has been repeatedly denied by the government officials.

Turkish Islamic scholar Fethullah Gülen has called for living together in peace, echoing similar remarks issued by President Abdullah Gül last week against the background of two-week-long anti-government protests in Turkey. “For the love of God, let’s live for a while in a [spirit] of brotherhood,” Gülen said, borrowing a theme from a popular song […]