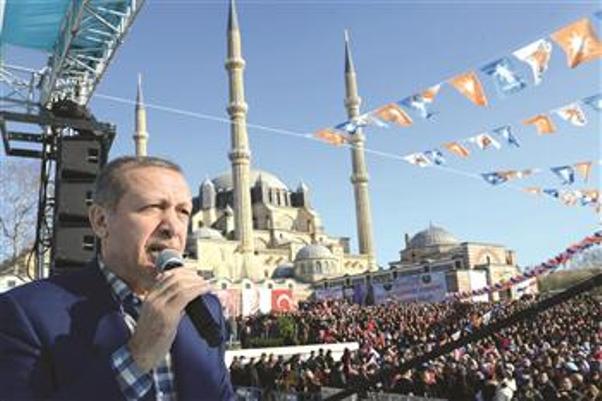 Taraf said Erdoğan had filed a criminal complaint against the daily’s Mehmet Baransu for leaking secret state documents but then went further by saying “the judiciary must do its duty” during a meeting.

A lawyer for the daily, Veysel Ok, will file the criminal complaint this week, the daily said today.

“Erdoğan’s words mean ordering prosecutor and judges what to do, and it’s a damage to the judiciary. These are crimes under the Turkish Criminal Code’s 228th Article,” Ok was quoted as saying by Taraf.

“Revealing state privacy is not called freedom, it is sheer treason,” Erdoğan said, addressing a crowd in the northwestern province of Tekirdağ during a mass opening ceremony on Dec. 7.

The statement comes a day after prosecutors launched investigations Baransu and Taraf. Separate criminal complaints were filed by the Prime Ministry, the National Intelligence Organization (MİT) and the National Security Council (MGK).

The document, published by the newspaper on Nov. 28, revealed that the government had adopted an action plan against Islamic scholar Fethullah Gülen’s movement during the MGK meeting. Its publishing further heated a row between the ruling Justice and Development Party (AKP) and the Hizmet (Service) movement, which erupted after a reform to close test prep schools was announced. Many of the schools are run by members of the Hizmet movement.

In a subsequent report, also based on documents leaked by Baransu, Taraf claimed that the Turkish government had profiled a number of groups based on religion and faith through the MİT, many of them affiliated with the Gülen movement, and monitored their activities until 2013.

On Dec. 7, Baransu said via Twitter that he found a hidden camera and a receiver in his apartment. “My source who told me that intelligence officers were following me warned me of this,” he said.