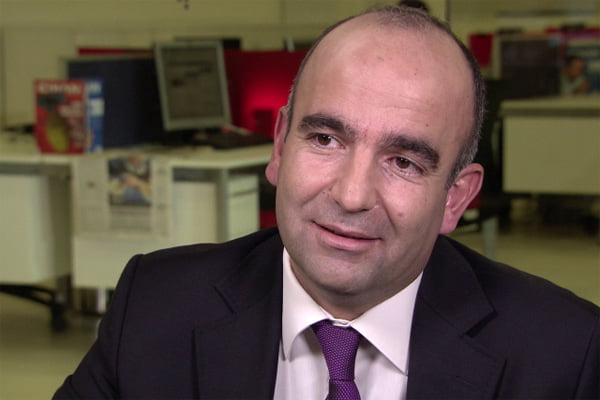 On the evening of the day that the Gezi Park events swirled out of control, one of Prime Minister Recep Tayyip Erdoğan’s consultants, Yalçın Akdoğan, came to share his views on the decade-long story of the Justice and Development Party’s (AK Party) stay in power during a panel session at Şehir University.

On that critical day, his comments were important. Akdoğan’s recounting of the past decade included coup attempts, party closure attempts and midnight notifications. Some of more important comments had to do with relations between the ruling party and the opposition in Turkey. He noted that the opposition — despite having spent 10 years in this status — embraced more of a state-like approach to everything while the AK Party took advantage of the transformative energy that came to them from an opposition-type rhetoric. This was an important point. For many people like me, who have been supporters of this elected government, support for the AK Party was based on its representation of the people in the face of the guardian authority structures within the state.

According to Akdoğan, the AK Party had put some distance between itself as a party and the “political Islam” profile from which it had emerged. He noted that the AK Party had replaced untested policies which appealed only to one faction of society with policies based on real successes and which appealed to wider factions; all this, but without forgetting their original ideals. Despite not being an Islamicist movement per se, the AK Party brought about more advantages for Muslims than Islamic politics would have. And this was where the secret lied as to how the AK Party managed to go from being a party whose legitimacy was constantly debated, and which was supported by just 20 percent of the society, to bringing about 58 percent consensus and a societal coalition in the Sept. 12, 2010 referendum.

The AK Party was neither an Islamic party not a party of identity, like the Welfare Party (RP). From privatization to EU policies, the AK Party strayed far from the National View (Milli Görüş) policies on many fronts. When it came to politics, it took the axes of both Adnan Menderes and Turgut Özal as its reference points. In addition, Akdoğan accepted that the record success achieved in the 2010 referendum did not belong to the AK Party alone. Instead, he noted that this success was the result of the AK Party moving in concert with a wide spectrum of society in Turkey, all of whom wanted to see a true democratic system brought in. In the end, the AK Party was just the locomotive for this all.

In all, Akdoğan’s analyses were quite good, but what he was describing was not the situation on the ground that day in Turkey, but instead the situation two years ago. The AK Party, when Akdoğan was speaking, was still the locomotive and there was still no clear alternative to it. But at the same time, some serious problems had begun to threaten not only the direction being taken by the locomotive, but also wagons it was pulling, which made up the previously managed 58 percent. The spokespeople for the ruling party were openly saying that the coming 10 years and the counterparts for the government would be much different than the past 10 years.

In the meantime, when the Gezi Park incidents unfolded, the AK Party began to become rapidly distanced from its democratic stance. This could be seen in incidents like the burning of the tents at Gezi Park, which was blamed on the police, the continuation of tensions despite court orders to stop, the listing of the Gülen movement as among those guilty of being part of some of the conspiracy theories circulating at the time, the increasingly authoritarian stance in the wake of Gezi, the problems with freedom of the press, the polarizing style embraced by the government and uses of identity politics which everyone thought were locked firmly in the past. Now the AK Party, which had once faced forced closure by the guardian authority, found itself being warned by the head of the Constitutional Court, Haşim Kılıç, that “forced impositions ruin the record of a democratic state.”

One notable problem with Akdoğan’s talk that day at the panel session was that no opportunity was given to students and teachers to ask him questions. The question on many minds that day was: The old guardian authority may have narrowed, but how much democracy is the AK Party really promising? Though the current events are being discussed — quite incorrectly — as some sort of fight between the AK Party and the Gülen movement, the real issue is this: Just how much of a real democracy and a state of justice has Turkey been able to be?

The answer to the above question seemed quite lacking in hope, especially in light of incidents such as writers losing their newspaper jobs over columns critical of the government, tax inspectors being sent to businessmen who didn’t toe the line and illegal profiles being conducted on people despite this being deemed a constitutional crime. In addition, there are also things like the cancellation of mine licenses, mass firings and relocations based on secret files, the pushback on justice system independence and the labeling of friends in the 58 percent coalition of society as enemies, suddenly replaced by juntas and terrorist organizations seen now as friends.

The newspapers which Prime Minister Erdoğan chose not to take with him on his most recent trip abroad are a clear indication of the problem: HaberTürk, Hürriyet, Milliyet, Vatan, Zaman, Taraf, Bugün, Radikal, Posta, Cumhuriyet, Yeni Asya, Ortadoğu, Milli Gazete…