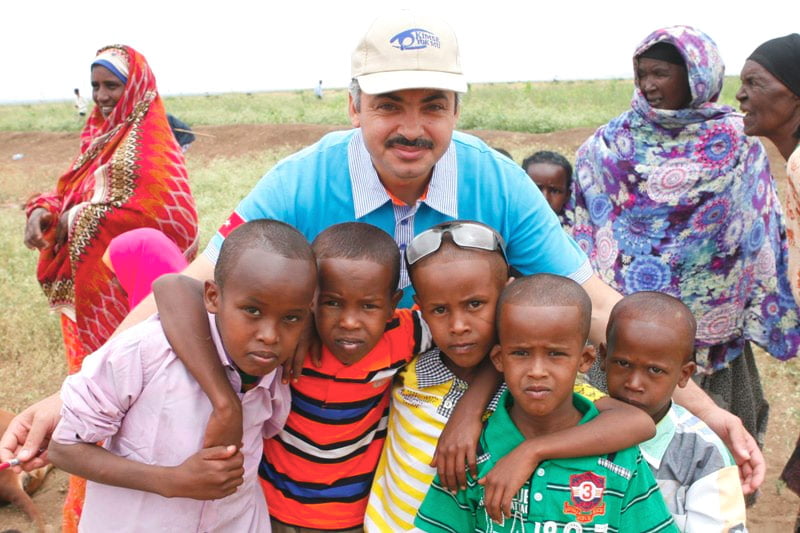 Turkish charity Kimse Yok Mu (Is Anybody There) Vice President Celal Türkoğlu has stated that his organization has been providing aid to 3,000 orphans in Palestine, Indonesia, Sudan and Somalia for two years now within the scope of one of its projects.

Speaking at an event titled “Peygamber Efendimiz’in Yetime Verdiği Önem” (Importance given to orphans by the Prophet Muhammad) held in Bursa on Tuesday as part of celebrations for Holy Birth Week, which marks the Prophet Muhammad’s birth and which takes place from April 14-20, Türkoğlu stated that Kimse Yok Mu has been engaged in the orphan aid project in four countries for two years. He added that the charity has provided 3,000 orphans with financial aid and medical assistance. “Now, we want to increase the number of countries to 20. We plan to lend a helping hand to orphans in such countries as Senegal and Bangladesh with the support of our charitable donors,” he said, adding: “Charitable donors can help an orphan by donating $30 each month, which will add up to $360 a year. We assign an orphan to a particular donor. We give a card to the donor that has a photo of the orphan along with his or her name, surname and address. The $360 a year donation per orphan allows us to meet their needs for shelter, clothing and food.”

Türkoğlu stated that Kimse Yok Mu also plans to provide aid to orphans in Turkey and has selected 270,000 orphans in the country who will be provided with aid once an evaluation of their conditions has been completed. Türkoğlu noted that the Prophet Muhammad was an orphan and said there are 400 million orphans across the globe, 143 million of which are in need of a helping hand.