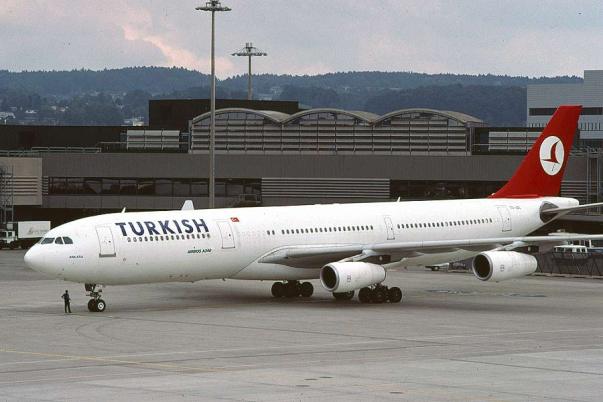 Turkey’s flagship carrier Turkish Airlines (THY) has put an embargo on dailies affiliated with the Fethullah Gülen Movement, which has been in at odds with the government over an ongoing corruption investigation, local news agencies reported.

The airline, 74 percent of which is owned by the state, had already stopped delivering the English-language daily Today’s Zaman in airport terminals and on planes before slashing the distribution of its Turkish sibling, daily Zaman, by two-thirds, Cihan News Agency reported.

Doğan News Agency quoted the Turkish Airlines Press Office as saying Zaman, Today’s Zaman and another publication with links to the Gülen movement, Bugün, will remain in the free daily selection presented at terminal buildings, but the company will not hand out the newspapers inside the planes as of today.
THY passengers can get free newspapers by showing their tickets after passing through a security check at the international terminal, but the company also distributes a limited selection of newspapers for business class passengers inside the plane.

According to the press office, these dailies will only be removed from this selection.

Zaman, Today’s Zaman and Bugün have vocally criticized the government over the corruption scandal, warning authorities to avoid interference in the legal process.

The rift first became particularly visible to the public after the government announced plans to shut down private education centers, known as “dershanes,” many of which are owned by Gülen supporters.

The tension publicly escalated after daily Taraf revealed on Nov. 28 that the government had signed a National Security Council (MGK) decision recommending an action plan against the Gülen movement in 2004.

Taraf also claimed that the Turkish government had profiled a number of pro-Gülen groups based on religion and faith through the National Intelligence Organization (MİT), monitoring their activities until as recently as 2013.