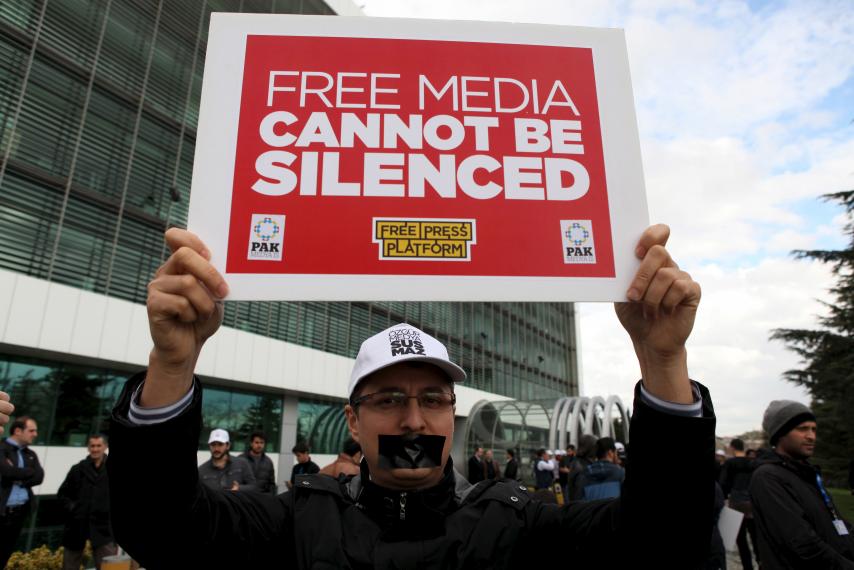 It should come as no surprise that President Recep Tayyip Erdogan of Turkey would praise Donald Trump for refusing to talk to a CNN reporter at a news conference.

For years, Mr. Erdogan has been crushing independent voices as part of a broader effort to assert authoritarian control. Earlier this month, the Turkish police arrested the top legal adviser and a former chief executive of Dogan Holding, a conglomerate that owns the newspaper Hurriyet and CNN Turk. This followed the detention in mid-December of another company executive, Barbaros Muratoglu, reportedly accused of “aiding a terror group,” namely the organization of Muslim cleric Fethullah Gulen, who has lived in self-imposed exile in Pennsylvania since 1999. The company has denied links to Mr. Gulen.

Although the attempted overthrow was a legitimate threat, Mr. Erdogan has exploited the episode to cement his control. He has declared a state of emergency that greatly expands his executive powers, jailed thousands of soldiers, seized hundreds of companies and purged thousands more public officials, police officers, teachers, judges and prosecutors — most of whom were also accused of being followers of Mr. Gulen. Many have been placed in pretrial detention despite a lack of evidence.

Mr. Erdogan’s crackdown on the press has accelerated. Some 120 journalists have been jailed since the coup attempt and Turkey has now surpassed China as the world’s main jailer of journalists, according to the Committee to Protect Journalists.

There is little doubt that Mr. Gulen has tried to cause mischief in Turkey by calling attention to corruption and Mr. Erdogan’s efforts to undermine democracy. But so far Mr. Erdogan has not provided the kind of evidence needed to extradite Mr. Gulen. Mr. Erdogan undoubtedly believes that Mr. Trump may be more amenable to this demand.